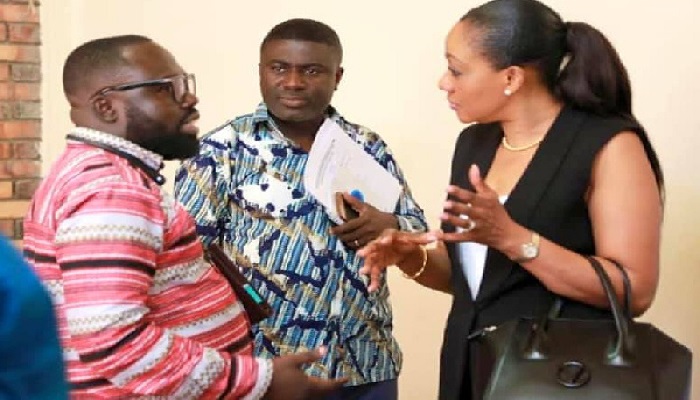 The rift between the Electoral Commission and the NDC is far from over as the party said it will boycott any meeting with the body to discuss election 2020.

Mr Otokunor says the party is further reviewing its working relationship with the EC.

The National Democratic Congress (NDC), declined an invitation by the Electoral Commission of Ghana to attend an IPAC meeting to review the 2020 Parliamentary and Presidential Elections which was scheduled for today, Wednesday 21st April, 2021.

The party took this decision because of the lack of candour, odious duplicity, and open bias that was displayed by the Jean Mensah-led Electoral Commission in favour of the New Patriotic Party in the conduct of the 2020 general elections.

It is the considered view of the NDC, that the current leadership of the Electoral Commission who supervised the manipulation of the 2020 general elections and the stolen verdict that resulted from same, lack the integrity, credibility and impartiality to lead any such discussions or review of the very elections they rigged.

The NDC has thoroughly examined the dubious role the Jean Mensah-led Electoral Commission played in the rigging of the 2020 general Elections. Moving forward, the party shall review its working relationship with the electoral management body and take appropriate steps to forestall the rigging of any future Elections in the country.