Nii Ashiettey should be fighting me, I qualified Zanetor - Asiedu Nketia 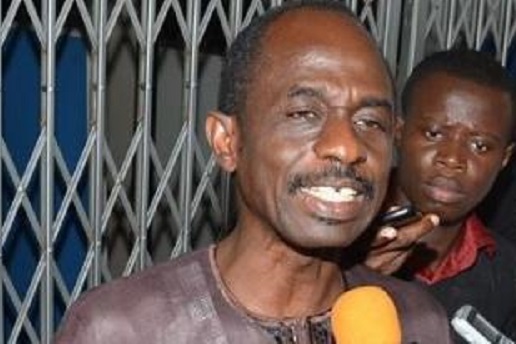 Incumbent Member of Parliament for Klottey Korle, Nii Armah Ashietey after being defeated by Dr Zanetor Rawlings  in the National Democratic Congres (NDC) primary for the constituency did not accept defeat but went straight to court and is currently praying the Accra High Court to nullify the results since Dr Rawlings was not a registered voter at the time she won.

But party General Secretary, Johnson Asiedu Nketia, in an interview with Classi FM has said it was wrong for Mr Ashiettey to sued Dr Rawlings.

He said that the incumbent MP should be fighting the party rather than his opponent, since Dr Rawlings did not qualify herself to contest but was given an all-clear to contest the party’s primary, which she won.

“Dr Agyeman-Rawlings did not qualify herself to sit there. Somebody qualified her, so, if you have a problem, it should be that somebody, which is me", he stated.

He indicated that if the issue was “about registration with the Electoral Commission (EC), there is always a limited registration period”.

“If we are doing our primaries before the last registration to the election, we do not use the registration or non-registration as a means of disqualifying people; it is only when the primary is after the last registration period. In that case, if you emerge as a candidate, you cannot file with the EC", he further explained adding, “Before you go for a position, there are things you can term ineligibilities and others you can term disqualifications. Mostly, things that are ineligibilities are things that can be corrected.”

He said the party “allows people who are affected by ineligibilities to still begin the process and then correct themselves when it comes to the point of filing nominations with the EC”.

The issue , he said, “is not about Dr Agyeman-Rawlings, but the party and how we handle our primaries all over the place”.