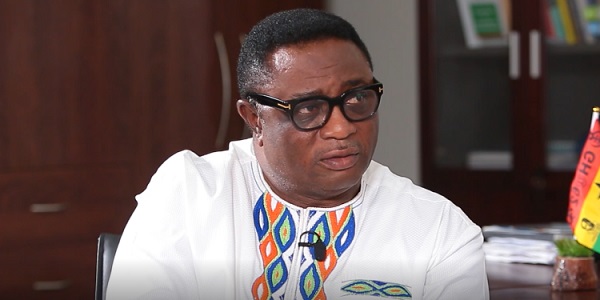 The Director of Elections of the National Democratic Congress (NDC), Elvis Afriyie Ankrah has called on Ghanaians not to give the New Patriotic Patriotic Party (NPP) another chance to govern the country.

He said the NPP doesn't deserve another chance after the "mess" they have created.

According to him, the party has “done enough breaking already and should not be allowed to break the eight.”

“They have broken the country, the economy, infrastructure, the educational system. In fact, everything that is worth breaking. The country is a mess,” he added.

He made a plea to Ghanaians to hand over power to the NDC in order to correct all wrongs.

“The situation we are facing now can be likened to a patient and a doctor. In this case, the NPP is the doctor whereas the country is the patient. This doctor keeps misapplying treatment and the patient is in a coma. We need to change the doctor. Once we do this, the new doctor will quickly come in and stop the bleeding. The country is bleeding profusely,” he added.

He believes “beyond a shadow of doubt” that apart from the Kwame Nkrumah government, the NDC government with its PNDC antecedent has been the most effective and is the best option for Ghanaians.

“We are talking about rural electrification, supply, decentralization, in fact, we have paid a critical role in spearheading every single development drive in the country.” He said.