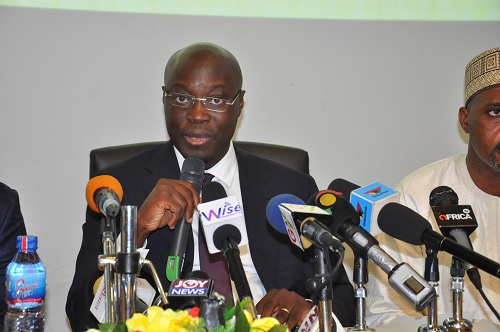 NDC's Dr Cassiel Ato Forson says the NPP majority in Parliament has already approved the controversial Agyapa deal but are scared to implement it.

His comment comes on the back of President's Akufo-Addo's State of the Nation Address where he hinted that the controversial deal that failed to see the light of day in the 7th Parliament will be resurrected in the 8th Parliament.

Dr Forson, however, says the deal has been passed but due to public outcry the NPP government are scared to implement it.

â€œThe NPP Majority in the 7th Parliament approved it, they have not come back to rescind the decision. So, as it is, the government if they want, can go ahead with it. They are actually failing to go out to implement the Agyapa deal because of the public outcry; because of the various petitions that we have written against the Agyapa deal. So, the deal as it stands has been approved by parliament by the NPP Majority alone because the NDC Minority boycotted and walked out of parliament. The NPP Majority approved that Agyapa deal and have not rescinded the decision as we speak now,â€ Dr Ato Forson said.

The Agyapa Royalties deal generated so much interest from several quarters because of the alleged controversies of conflict of interest, amongst others.

Some 15 Civil Society Organizations (CSOs) under the umbrella name Alliance of CSOs working on Extractive, Anti-Corruption and Good Governance also demanded the immediate suspension of the implementation of the controversial Special Purpose Vehicle, Agyapa Royalties Limited established by government though the Minerals Income Investment Fund.

In November 2020, the President directed then Finance Minister, Ken Ofori-Atta to send the deal back to Parliament after the Assessment.

Under the agreement, Agyapa Mineral Royalties Limited has been incorporated in Jersey near UK to receive and manage royalties from 16 gold mining leases over the next 15 years or so.

In exchange, the firm will list on the London and Ghana Stock Exchanges later this year and raise at least $500 million for government to invest in infrastructure, health and education.

The listing will allow private people to buy a 49 per cent stake in the firm.

However, some 22 civil society organisations called for a suspension of the deal, insisting it was not in the interest of Ghana.