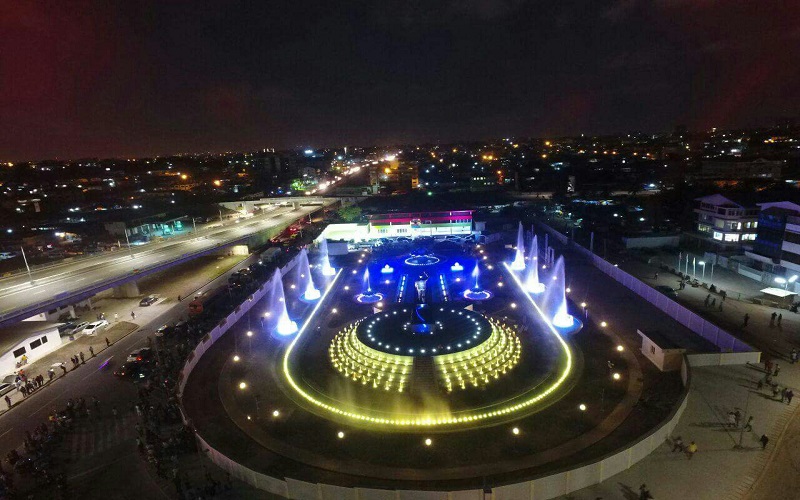 Some supporters of the NPP in the wake of their victory in the December 7 polls, reportedly attacked some NDC supporters, vandalized some government installations including portions of the Fountain at the Kwame Nkrumah interchange.

The fountain, which is usually opened for public viewing during the day and night after its inauguration in November 2016, is currently not functioning.

Addressing the press on Thursday, Mr Portuphy said further works on the interchange has come to a standstill because the workers were being attacked by NPP supporters and described it as shameful acts.

“…Shameful attacks on the contractor and workers at the Kwame Nkrumah Interchange popularly known as Dubai have brought the work to a standstill.

The pity of it is the destruction of the colourful lights from the water fountain that flows to the admiration of all.”