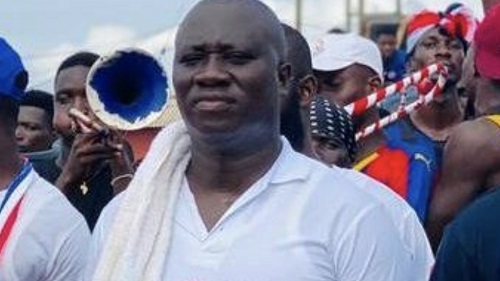 The NPP in the Mfantseman constituency in the Central Region has initiated moves to find a replacement for Mr Ekow Kwansah Hayford, the party's Parliamentary nominee for Election 2020 who was killed last Friday by suspected armed robbers.

This is in line with Section 4 of the Public Elections Regulations 2020, C.I. 127, which states that: “Where at the close of nominations, but before the election, one of the candidates dies, a further period of 10 days shall be allowed for nominations.”

The NPP in the Mfantseman constituency is yet to settle on a candidate to represent the late Ekow Kwansah Hayford but is hoping to find one this week to meet the 10 days deadline specified in law.

Ekow Kwansah Hayford who was the Member of Parliament for the area and was seeking re-election filed his nomination forms on Thursday, October 8, 2020 only to be killed the next day.

The EC closed the filing of nominations on Friday, October 9, 2020 same day as the MP was killed at dawn.

As part of the processes for re-election, Mr Hayford battled it out with a new entrant Mr James Korsah-Brown in June 2020 where the NPP delegates endorsed him.

The First Vice Chairman of the Mfantseman constituency, Mr Yaw Berchie-Nuako said the constituency executive would meet by mid-week to decide on a nominee and propose same to the national executive for approval.

He said they were hoping that whoever they select will be a winnable candidate to step in the shoes of the late Mr Hayford.

"The constituency executive here are on the grounds and so we know who can win the seat for us," he stated.

Mr Berchie-Nuako stated that there was no way the national executive could impose any person on the constituency.