PNC's 8-pointer proposal to save Ghana from economic crisis 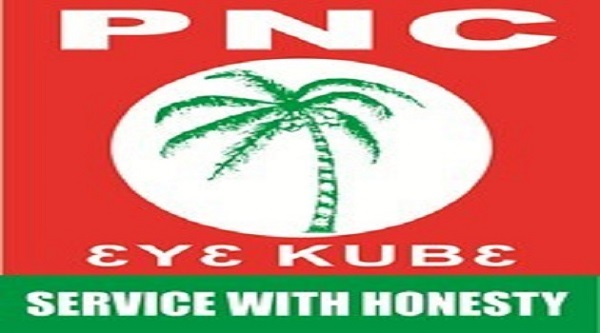 The People’s National Convention (PNC) has released 8 strong pointers for government to consider in finding solutions to the current economic challenges.

Among other recommendations to the government, PNC also urged government to, as a matter of urgency, revamp the operations of the Metro Mass Transit Limited (MMT) and other public transport agencies within three months “to minimize the rising cost of transportation especially within the cities and to offer free ride to school going children and the elderly”.

“We recommend to the government to clamp down on the pricing of items in dollars,” it further stated that the Foreign Exchange Act, 2006 (Act 723) must be enforced.

Find the recommendations below:

GHANA’S ECONOMIC CRISES, THE RECOMMENDATIONS OF THE PNC

The President of the Republic, HE Akufo-Addo, has asserted that the country is in crises and we need to work together in finding lasting solutions to the quagmire we find ourselves as a sovereign nation. This is the position of the People’s National Convention on the current hardship facing our dear nation. We agree that the economy is in recession. It is against this backdrop that we submit this proposal to the government in finding solutions to the challenges we are facing.

1. The general increases in prices of goods and services, are obviously being driven by the unprecedented increases of petroleum prices exacerbated by the free fall of the Ghana Cedi. We commend government initiative to import cheap petroleum products as a short–term measure to stabilize prices. Again we recommend that, government should take charge of the importation and pricing of petroleum products to ensure prices are affordable by the ordinary Ghanaian. Government should not pay attention to the few individuals trying to thwart its efforts by saying it is impossible. Meanwhile, government must hasting the operationalization of the Tema Oil Refinery and other refineries under construction to help permanently bring fuel prices under control.

2. PNC welcomes the decision by government to reduce the importation of certain foods and beverages into the country. This is not going to be easy however, more proactive measures must be taken in planning to wean us off importation of products we can produce locally.

3. We recommend that, government should regulate and be part of the importation of rice and other essential products into the country. Government through the Buffer Stock Company must buy the local rice from producers and equally be in control of the amount of rice imported into the country. Government guaranteeing market for local rice producers will encourage local rice farmers to scale their production thereby leading to self reliance in the production of rice. This should be replicated in the production of other food stuffs.

5. We recommend to the government as a matter of urgency to revamp the operations of the Metro Mass Transport (MMT) and other Public Transport Agencies within three months to minimize the rising cost of transportation especially within the cities and to offer free ride to school going children and the elderly. Mini–buses should be added in their fleet of vehicles to argument the already existing ‘trotro’ and help serve as a check on their charges.

6. We recommend on the government to clamp down on the pricing of items in dollars. We would like the government to enforce the Foreign Exchange Act, 2006 (Act 723) which prohibits pricing, advertising and receipt or payment for goods and services in foreign currency in Ghana. The sole legal tender in Ghana is the Ghana Cedi (GHC) and Ghana Pesewa (Gp) and anyone who will violate this act be it hotels, companies, institutions or individuals should be severely punished to serve as deterrent.

7. The call for government to cut down on its appointees is justifiable. Government move to continue the reduction of its appointee’s salary by 30% was commendable but it is not being seen to be a great sacrifice as such, we recommend that, the government cut down the number of appointees and put the remaining ones on full salary for them to be well motivated to meet performance expectations. This singular act will bring back the credibility and the trust the government need from Ghanaians.

8. The PNC calls on fellow Ghanaians to remain resolute and be optimistic of getting out of these difficult times. Let us all, and as individuals conduct our businesses in a way that should not cause fear and panic, which will further ruin us all.