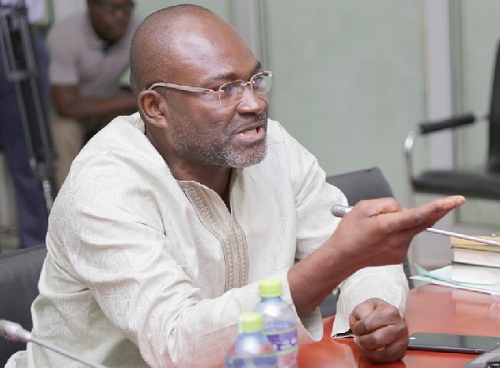 Chairman of the Local Government Committee and MP for Assin Central Kennedy Agyapong says a quota system for women in parliament will not work in Ghana.

According to him, women cannot be forced to be parliamentarians.

Currently, there are 36 women in parliament out of the 275 MPs.

Speaking in parliament, Kennedy Agyapong said nobody has a problem with their representation but everywhere in the world politics is so rough and dirty.

He noted that is the rough and dirty nature of it that is why most women are discouraged from going into politics.

READ ALSO :  Kennedy Agyapong explains why he will continue to criticise the NPP

"Nobody has a problem with their representation but everywhere in the world politics is so rough and dirty. Our women most of them don't have the courage to contest so whether is 30% or not that one I disagree nobody has stopped any woman from contesting but when they make an attempt and see the terrain is rough many of them back off..."

Kennedy Agyapong stated that women cannot be forced to come to parliament because there is quota for them to reached.

But it should be the willingness and courage of the person to represent her constituency.

Kennedy Agyapong added that the quota system will be an encouragement but the women cannot be forced into it.

"So the 30% that they want to impose it on us they can't implement that law we are a sovereign country, we have opened up if the person doesn't want to do it and you go and force her that you are a woman we want 30% representation so go and contest it won't work it's an encouragement but it does not force that we want 30%."