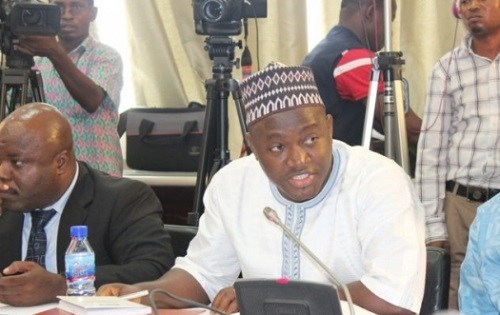 The Member of Parliament for Tamale North Alhassan Suhuyini says the whole discussion about illegal mining 'galamsey' should not be politicized.

He raised this concern on the floor of Parliament on February 18, 2020, when the House was discussing the menace.

He said the focus should not be about which political party has been worse in fighting the menace.

"The discussion about 'galamsey' should not be about who is worse than the other, that is not why the people of Ghana gave the government the support it needs to fight this, I am sad about how we have a fine opportunity to tackle an issue but it has been shifted to blame games about who did worse."

On the floor of parliament yesterday Minister for Local Government, Hajia Alima Mahama argued that rivers polluted by 'galamsey' activities cannot be made clean within a year.

She said with the level of pollution seen in some water bodies, it will take more than a year to make them clean and safe for use.

Meanwhile, Senior Vice President for IMANI Africa Kofi Bentil says issues emerging from the 'galamsey' fight and its negative impact on the environment has revealed how worse we are running the country.

According to him, these are things we do and in the long end affect our health leading to the death of many.

Speaking on Joy FM on Saturday in reaction to what looks like a lost fight against 'galamsey' and the issue of some missing excavators, Kofi Bentil said he supports Ghana Water Company's decision to shut down some of their plants due to the operations of 'galamsey'.