The protocol breaches at the NDC Cape Coast event 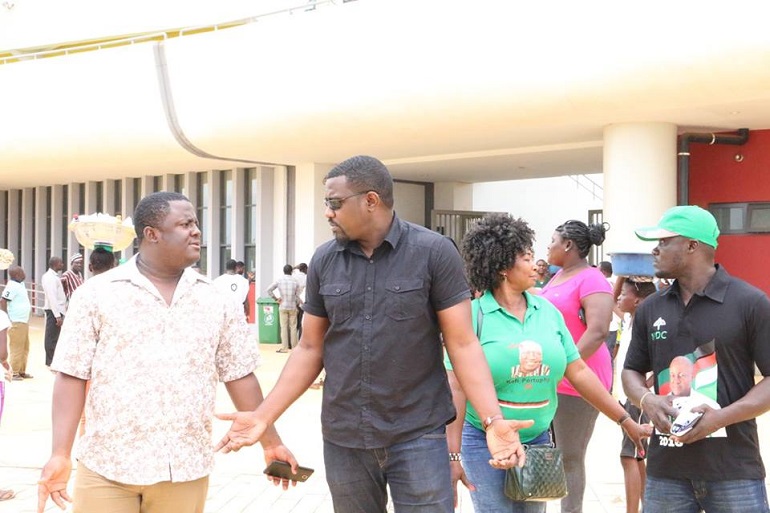 The protocol breaches at the National Democratic Congress (NDC) campaign launch raised eye brows but none has been severely criticized as John Dumelo mounting the podium to address party sympathizers after party founder Jeremiah Rawlings had delivered his address.

Observers on social media platforms wondered why a baby politician like Dumelo known rather for his acting would be allowed to mount the stage immediately after colossus Rawlings had spoken.

Some felt the act was distasteful and shouldn’t be repeated but that was not all when it came to protocol breaches on the day.

Party General Secretary, Johnson Asideu Nketia had also forgotten to call out the northern regional parliamentary candidates even though he had duly mentioned the 9 other regions. He later rectified the anomaly.

Presidential candidate Mahama himself also caused a breach when he failed to acknowledge his vice sequentially while giving salutations. He later apologized and rectified same.

Why will any serious protocol arrangement allow for@johndumelo1 to speak after a speech by NDC Founder J.J Rawlings? #NDCCampaignLaunch!

How can you allow Jerry John Rawlings to talk first before John Dumelo, do they respect their founding Father at...http://fb.me/12M1jLgpZ

It is disrespectful, for the NDC to have allowed John Dumelo to speak after Papa J. Smh