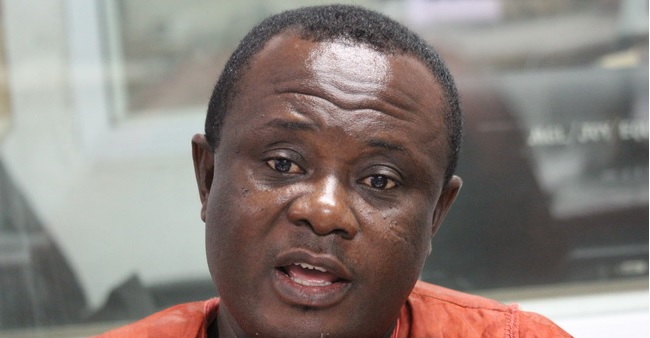 Member of Parliament for Bekwai constituency in the Ashanti Region and incoming first Deputy Speaker of Parliament, Joseph Osei-Owusu has hinted that the 7th parliament will be devoid of partisanship.

According to him,  the incoming leadership will do everything within its power to depoliticise the work of the house.

Parliament has consistently been criticised for putting partisan and personal interests ahead of the national interest when undertaking their duties.

Members of Parliament have often engaged in heated debates and failed to form consensus when matters of national interest like the National Health Insurance and Right to Information Bills have come before them but quickly join hands when matters like remuneration come up, a situation which has given parliament a bad name as being in service of political parties.

Speaking on Asempa FM's Ekosii Sen, Mr Osei-Owusu, a former DVLA Boss who first entered parliament in 2008 stated that it was the incoming leadership's objective to "depoliticise the work of the house" and restore its image.

"We'll strengthen the public relations outfit of parliament. The status quo of partisanship must not remain", he stated.

On his appointment as the Second Deputy Speaker, he said though it is not easy to combine the work of Speaker with that of MP but he will do his very best as always adding that "my job is to assist Speaker Mike Ocquaye Snr to do the work of Parliament and I'm ready to diligently do that"

"I was shocked when I nominated as 1st Deputy Speaker of Parliament but in all this I give thanks to God. I'm happy to be working with an experienced person like Mike Ocquaye Snr. He has been there before", he added.