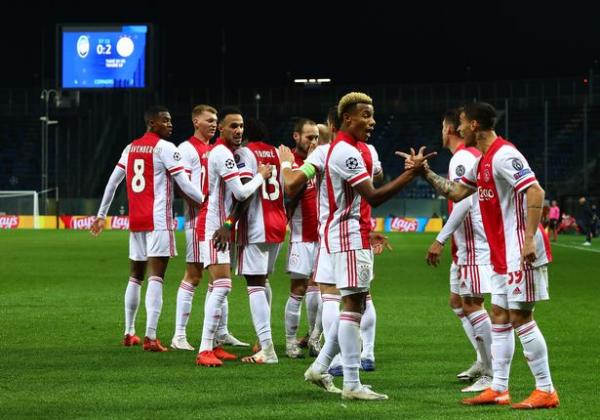 Liverpool's Champions League group has been thrown into chaos after a huge coronavirus outbreak at Ajax.

The Dutch giants have been left stunned after more 11 players tested positive for the virus just as the squad were preparing to depart to Denmark to face FC Midjytlland.

An insider at the club described the situation as a "coronavirus bomb" after confirming that between 11 and 15 players could be ruled out of the game after remaining in Amsterdam to undergo further tests.

The outbreak is so widespread that there is a belief that the testing procedure itself may have been compromised and that the readings are not accurate.

Ajax have contacted UEFA for permission for some players to fly to Denmark tomorrow just hours before the game, with the likes of captain Dusan Tadic and ex-Everton midfielder Davy Klassen not included in their 17-man squad.

Regulations stipulate that visiting teams must be in the country in which they are playing at least a day before the game.

Those Ajax players who did test negative have been flown out to Scandinavia – but the fear inside the club is that Erik ten Hag will have to name a seriously weakened team.

Any club that fails to fulfil a fixture is automatically handed a 3-0 defeat.

But given the circumstances surrounding the pandemic, Ajax may appeal to have the game postponed.

The Dutch club drew at Atalanta in their opening game in the city of Bergamo, which was one of Italy's worst-hot regions during the first covid-19 wave.