8 things to look out for after 2022 World Cup draw 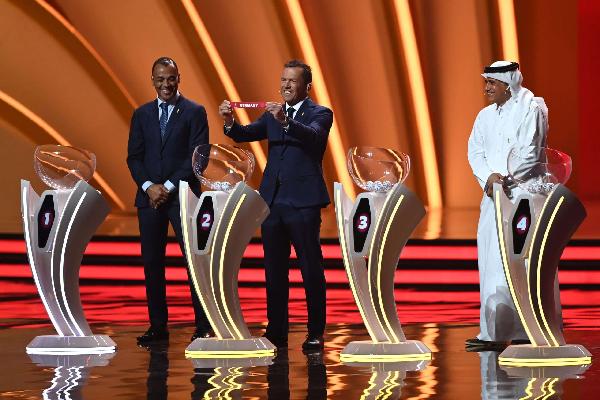 The draw for the FIFA World Cup Qatar 2022 is done and it has thrown out some intriguing fixtures.

While the fate of eight teams battling for three spots (including Wales and Scotland), the venues and kick-off times have yet to be decided, there is still plenty we do know.

So what are the highlights of the draw?

The opening game of a World Cup can set the tone for what is to come. Cameroon beating reigning champions Argentina in 1990 and Senegal stunning holders France in 2002 are particularly memorable first-day moments.

And, 20 years on, Senegal will have the chance to topple one of Europe's leading sides once again when they kick off the tournament against the Netherlands on 21 November.

When the draw was made, it was anticipated Qatar v Ecuador would be the opening fixture - 51st against 46th in the world - but when Fifa announced the confirmed schedule it was the meeting of the African champions and Louis van Gaal's Dutch team at Al Thumama Stadium which emerged as the tournament opener. 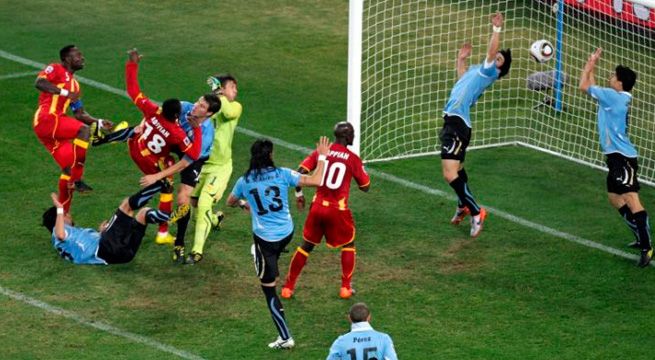 Ghana and Uruguay meet in Group H in what could be the biggest grudge game of the tournament.

The African side were inches and seconds away from reaching the 2010 semi-finals but Luis Suarez handled a shot on the line at the end of extra time. He was sent off but Asamoah Gyan missed his spot-kick and Uruguay won on penalties.

"We thought we had clearly won that particular game but for that save from Suarez. It is very interesting for us to play against them again.

"It is important that we all set the record straight."

Atletico Madrid striker Suarez is likely to be in the Uruguay squad for Qatar. 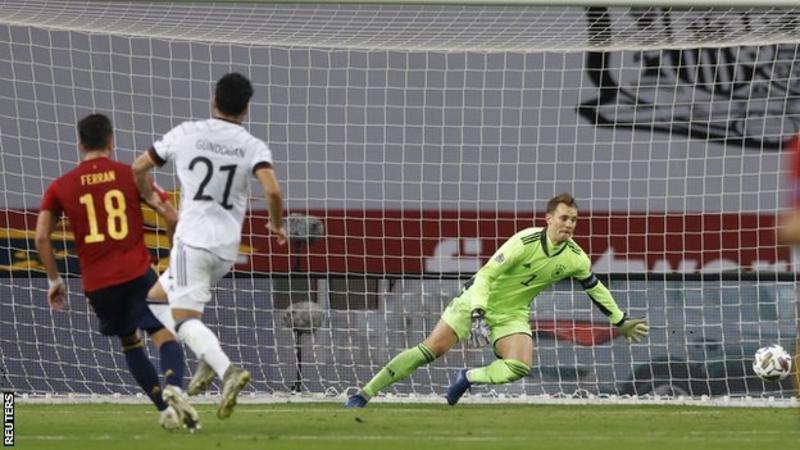 There is only one proper meeting of giants in the group stage in Qatar - Spain v Germany in the second round of Group E games on 27 November.

The 2010 and 2014 winners will both be looking to do better than the last World Cup, when Spain went out in the last 16 and Germany did not make it out of their group.

Spain won 6-0 last time they met, in November 2020 in the Nations League. But Germany are a team revived under manager Hansi Flick.

History set to repeat itself for France? 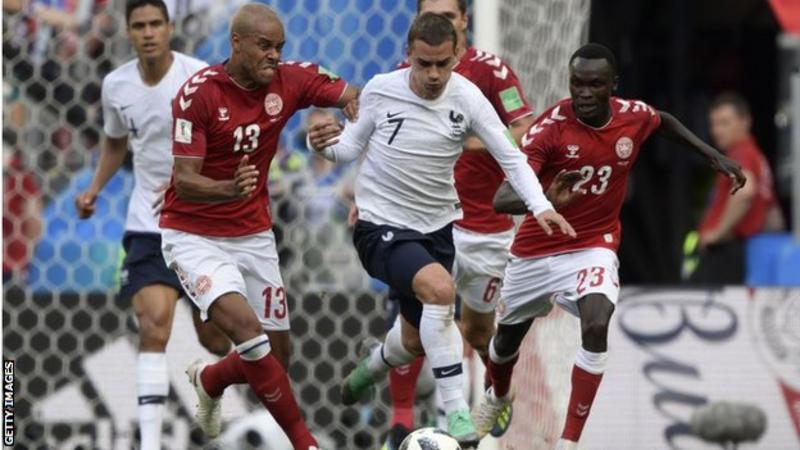 France beat Croatia to win the last edition of the World Cup to add to the title they won in 1998, and there's an interesting correlation with those two tournaments and this year's edition in Qatar.

They were drawn alongside Denmark in Group D on Friday and on the two occasions they went on to lift the trophy previously they also played the Danes in the group stage.

Should they get out of their group there is a possibility they could meet the winners of the England/Scotland/Wales group in the quarter-finals.

"France against England in the quarter-finals would be fantastic," said French journalist Julien Laurens. "There are so many links between the countries and it would be one of those ties people will be excited to watch.

Brazil, who overtook Belgium to go top of the Fifa world rankings the day before the draw, will know plenty about their opponents.

They have played Serbia, Switzerland and Cameroon in the group stages of the past two World Cups.

That is just as well because Brazil have not tested themselves against a European team in almost three years because of the Covid pandemic and the Uefa Nations League, meaning European teams have fewer dates for friendlies. That lack of action against European teams is something that has been concerning Brazil boss Tite. 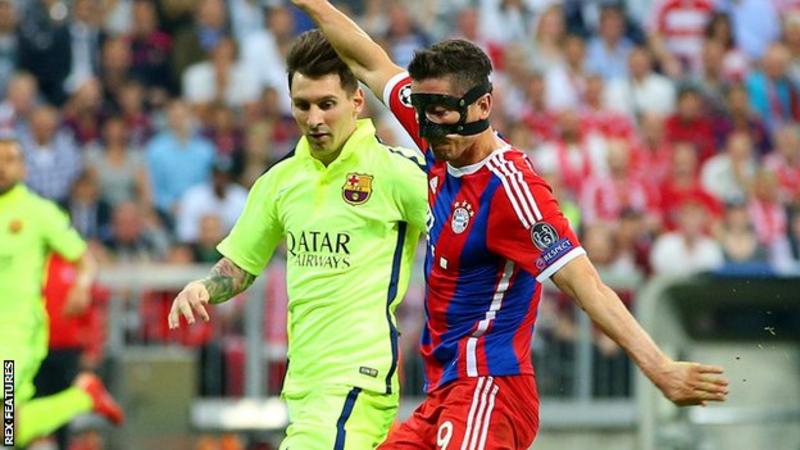 The players to win the past three Fifa Best Men's Player awards between them go head-to-head on 30 November in the final group game.

Messi has scored six goals in 19 World Cup games, while Lewandowski has yet to score, having only made his tournament debut in 2018.

A tournament without a group of death

Normally there would be a few headlines about after a big tournament draw featuring the words 'group of death' - the moniker used to describe a World Cup group that appears to be more challenging than others.

Group D perhaps has the biggest claim to take the title, with former world champions Germany and Spain featuring in it. And despite the aforementioned good omen for France, they will know Denmark will be no pushovers after they reached the semi-finals of Euro 2020.

But by average world rankings it is actually Group B that is the hardest. That contains England, Iran, USA and one of Wales, Scotland or Ukraine, who are in the European play-offs. The average rankings are based on the highest-ranked team in the play-offs. 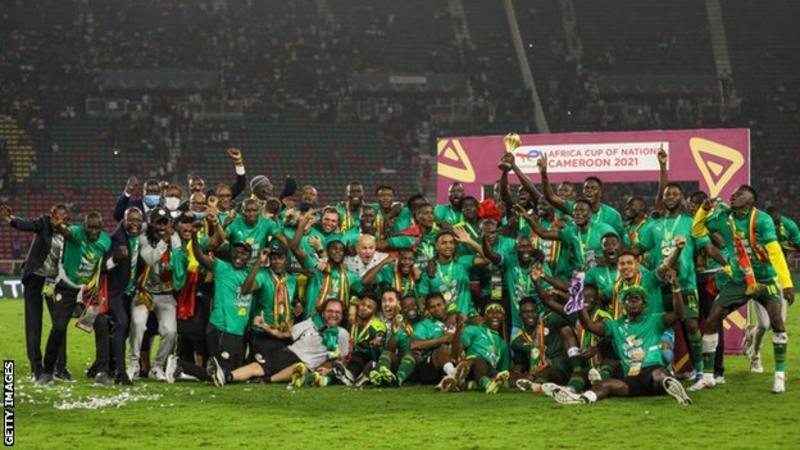 It has already been a good year for Senegal after they won the Africa Cup of Nations in January and they are likely to be happy with the group they have been placed in.

The African champions will play Netherlands, Ecuador and hosts Qatar in Group A - avoiding the top-ranked teams - and will be hoping to at least repeat their display at the 2002 World Cup.

Back then they enjoyed that opening-day win over France on their way to finishing second in their group and progressed to the quarter finals, where they were beaten after extra time by Turkey.