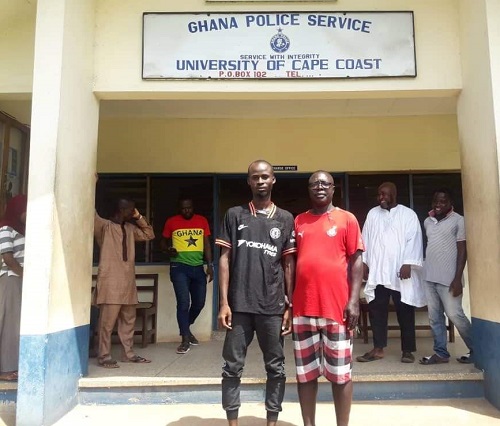 The young man who interupted Ghana's game against South Africa was held in Police custody and sent to court yesterday.

He was charged with unlawful entry and offensive character.

Awal in an interview with Joy FM has revealed his only intention was to take a picture with Atletico Madrid midfielder Thomas Partey.

His detention has divided opinions in the public with a social media trend asking for the release Awal.

FA President Kurt Okraku and members of the Association in the central region ensured the zealous fan was taken through the process of bail successfully on Saturday morning.