AFCON 2021 qualifier: I only wanted a selfie with Thomas Partey - Pitch Invader 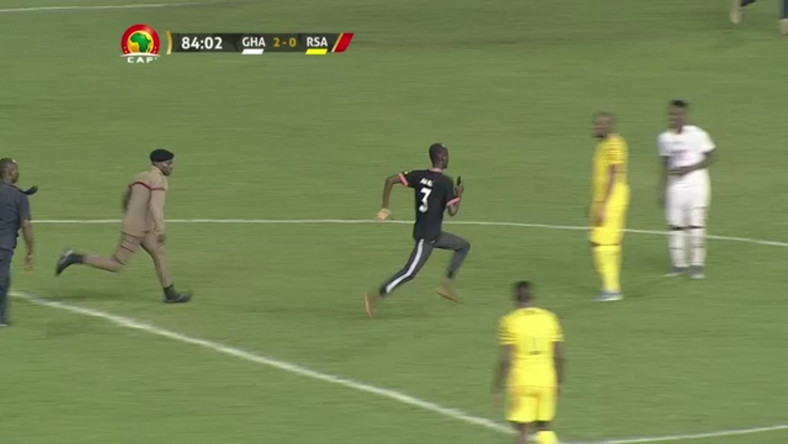 The pitch invader who interupted the Black Stars clash with South Africa at the Cape Coast Stadium says he only wanted to take a selfie with Atletico Madrid midfielder Thomas Partey.

In the 74th minute of the match, a man who has now been identified as Awal Sulemana outrun some security officials and made his way onto the pitch.

The 25-year-old who was in a Chelsea jersey was eventually apprehended by officials and sent to the police station at Cape Coast University where he passed the night.

According to the stadium announcer for the match, the pitch invader is a nurse who is awaiting postings and a resident of Kotokoraba, a suburb of Cape Coast.

Joy FM playing an interview they had with him, he said his only intention was to take a picture with Atletico Madrid midfielder Thomas Partey.

Meanwhile, the police have confirmed that the Sulemana will be prosecuted.