Andre Ayew misses out on PFA Championship Team of the Year 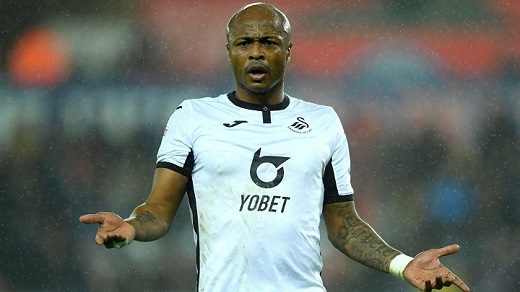 Despite sweeping 4 awards at Swansea City’s end of season event Andre Ayew has missed out on a spot in the PFA Championship Team of the Year.

The Ghanaian enjoyed a superb year, netting 18 goals in all competitions and setting up seven more as he helped Steve Cooper’s side reach the Championship play-offs.