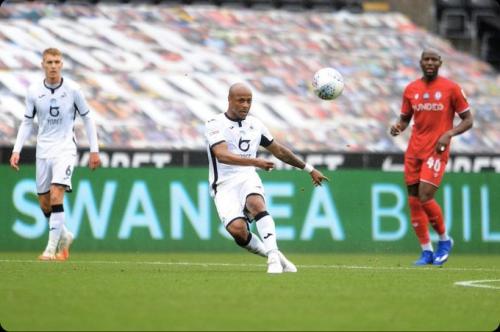 Andre Ayew was in action as Swansea City beat Bristol City at the Liberty Stadium to keep their Championship play-off hopes alive.

The Swans deputy captain played the full throttle of the game as they record a 1-0 victory over the visitors.

Connor Roberts' goal at the stroke of halftime was enough for Steve Cooper's side to pick up the maximum points at the Liberty stadium.

The Victory helped Swansea to climb to seventh in the table but sixth-placed Cardiff have a three-point advantage after their 3-1 win at Middlesbrough.

Swansea head coach Steve Cooper reveled in his outfit victory after the game.

"I thought it was a really good game - two teams playing to win. We took a little bit in the first half to settle down, but once we did I thought we played some excellent football.

"We played through the lines, looked a real threat, particularly with Jake Bidwell and Connor Roberts, and I really liked the look of us.

"I thought the goal was coming, and I'm pleased for Connor Roberts, he gets in the box enough.

"Second half, we were penned in a little bit, and I don't know if it was a penalty or not, but it was a bit of a lifeline when it hit the post. I thought we managed their numerous attacking players really well. I don't think Erwin (Mulder] has had a major save to make. We were good for it."

Cardiff City and Swansea City will go into the final day of the Championship competing for the final play-off spot. 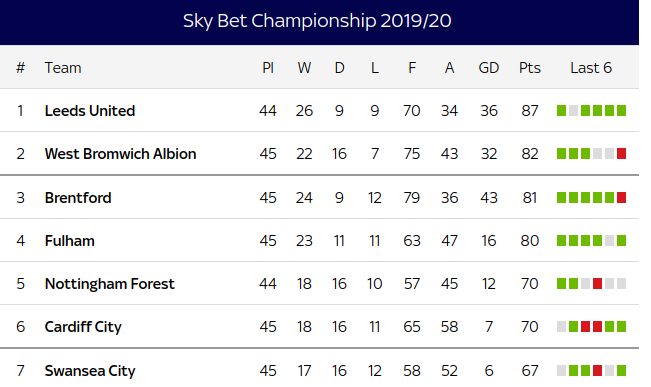 Wins in their penultimate games mean Cardiff remain in pole position while Swansea are outsiders.