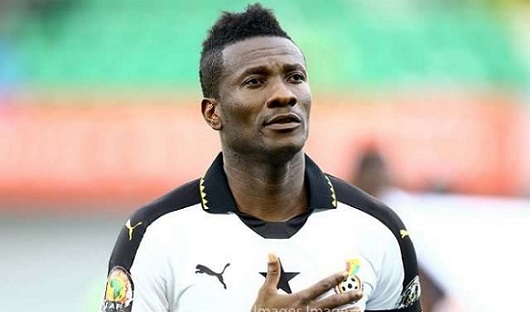 Asamoah Gyan born 22 November 1985 is a Ghanaian professional footballer who plays as a striker for Legon Cities and he's the former captain of the Black Stars.

He is celebrating his 35th birthday today.

+1. I thank God for my life. Happy Birthday to me 🙏🙏🙏🎁 pic.twitter.com/qRio8ffzvJ

Asamoah Gyan, affectionately known as 'Baby Jet' has been one of the most influential figures in the national team for close to two decades.

He captained the Black Stars for 6 years before losing it to compatriot Andre Ayew in the lead up to AFCON 2019.

Asamoah Gyan is the all-time leading goalscorer of the Ghana national team, with 51 goals.

As he is celebrating his 35 birthday, we take you down memory lane to 9 times Asamoah Gyan was the legend Black Stars needed at tournaments. 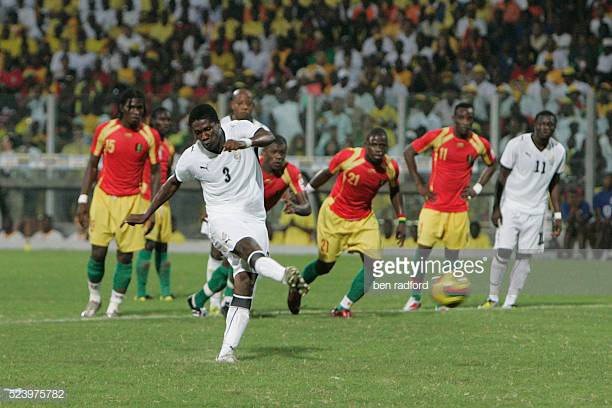 It was the opening game of the AFCON 2008 with hosts Ghana locking horns with Guinea. With a barren first half, the Black Stars were awarded a penalty in the 54-minute when Junior Agogo was fouled by Oumar Kalabane.

With tension high, it was Asamoah Gyan rose to the occasion by dispatching the penalty to write his name in CAF history books as the first player to score in AFCON 2008. 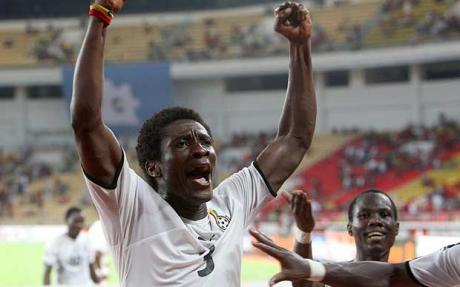 It was the AFCON Ghanaian touted as a one-goal project. With Ghana playing hosts Angola in the quarter-final of the AFCON 2010 at the Estádio 11 de Novembro.

Gyan struck a perfectly weighted through ball from Kwadwo Asamoah wide of Angola's goalkeeper Carlos Fernandez for the decisive goal in the 16th minute that sent the Black Stars to the semi-final of the competition. 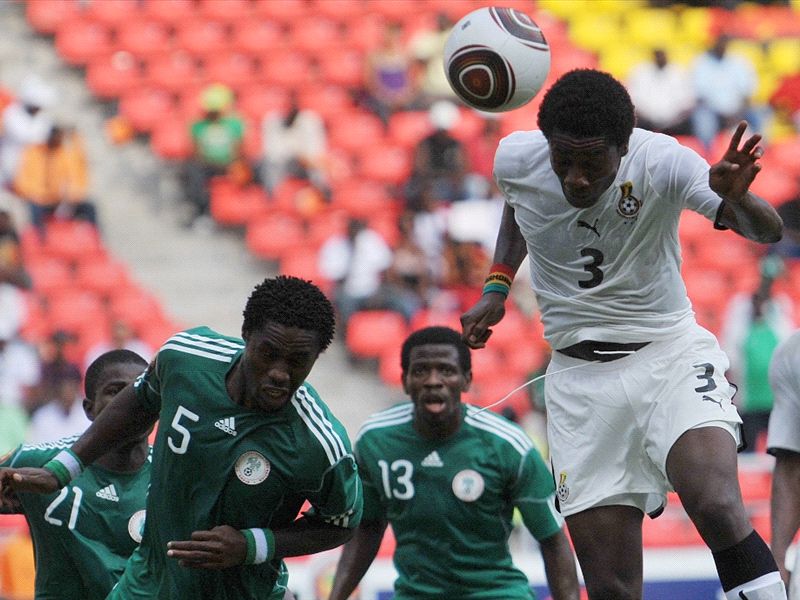 Gyan rose highest to head home the all-important goal from Kwadwo Asamoah's corner which sent Nigeria out from the tournament. 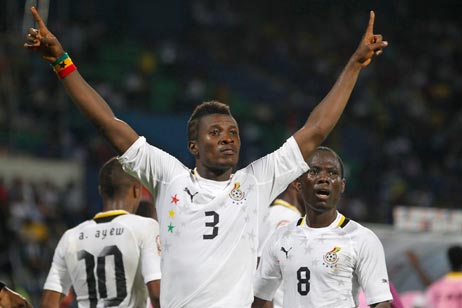 Gyan scored his first goal in the tournament by scoring the opening goal with a wonderful freekick against Mali in the Group Stage. 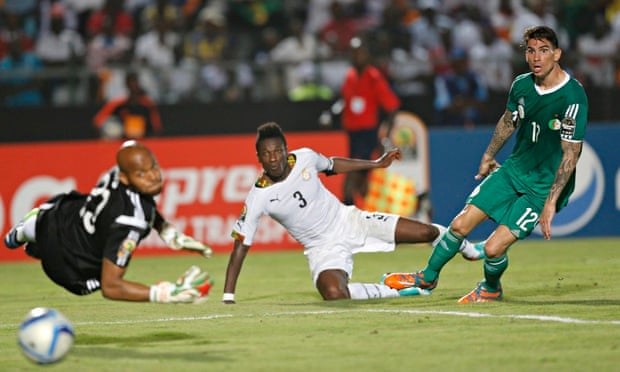 With Ghana losing their opening game 2-1 against Senegal without their talisman Asamoah Gyan through illness. The malaria-stricken Gyan returned to the lineup in Black Stars second game against Algeria in which he scored the only goal of the match.

The striker showed his class when he latched on a long pass from Wakaso Mubarak and shot pass goalkeeper, Rais Mbolhi, from a tight angle.

A goal he has described as his favourite Africa Cup of Nations moment.

“That day, it was quite impossible. In life, that’s what we always say, everything is possible. Honestly, I was the happiest man and my celebration even surprised me because I was weak,” Gyan recounted.

“I said to myself did this just happen? It was amazing because everything sounded like Ghana was out of the competition.” 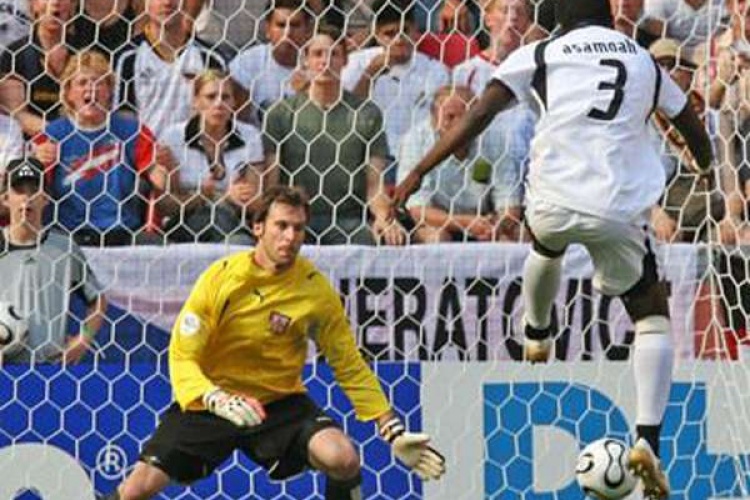 The Black Stars lost first Ghana in the FIFA Mundial against Italy and coming in the second game they had to secure a win to boost their chances of staying in the competition.

Cometh the hour, cometh the man, Asamoah Gyan scored Ghana's first in the FIFA World Cup in the game against the Czech Republic on 17 June at the RheinEnergieStadion in Cologne, Germany and the goal was the fastest at the tournament after 68 seconds. 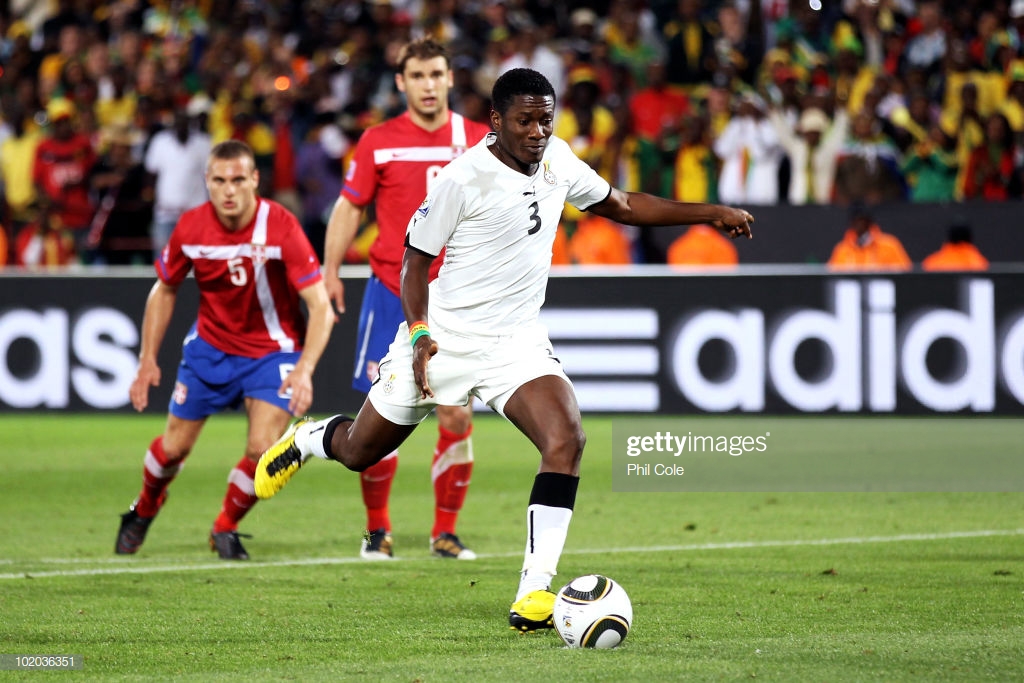 Gyan scored with a penalty in the 85th minute of Ghana's first match of the 2010 World Cup against Serbia, in a 1–0 win 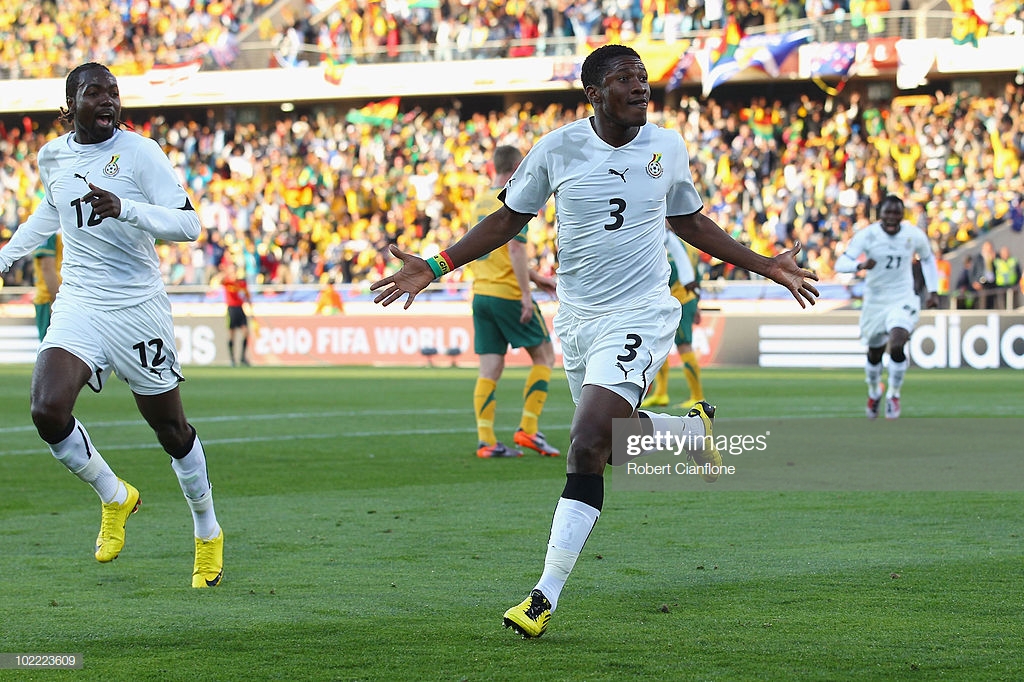 Ghana's second game, he scored a penalty in the 26th minute to level the scores and earn his team a 1–1 draw against Australia. 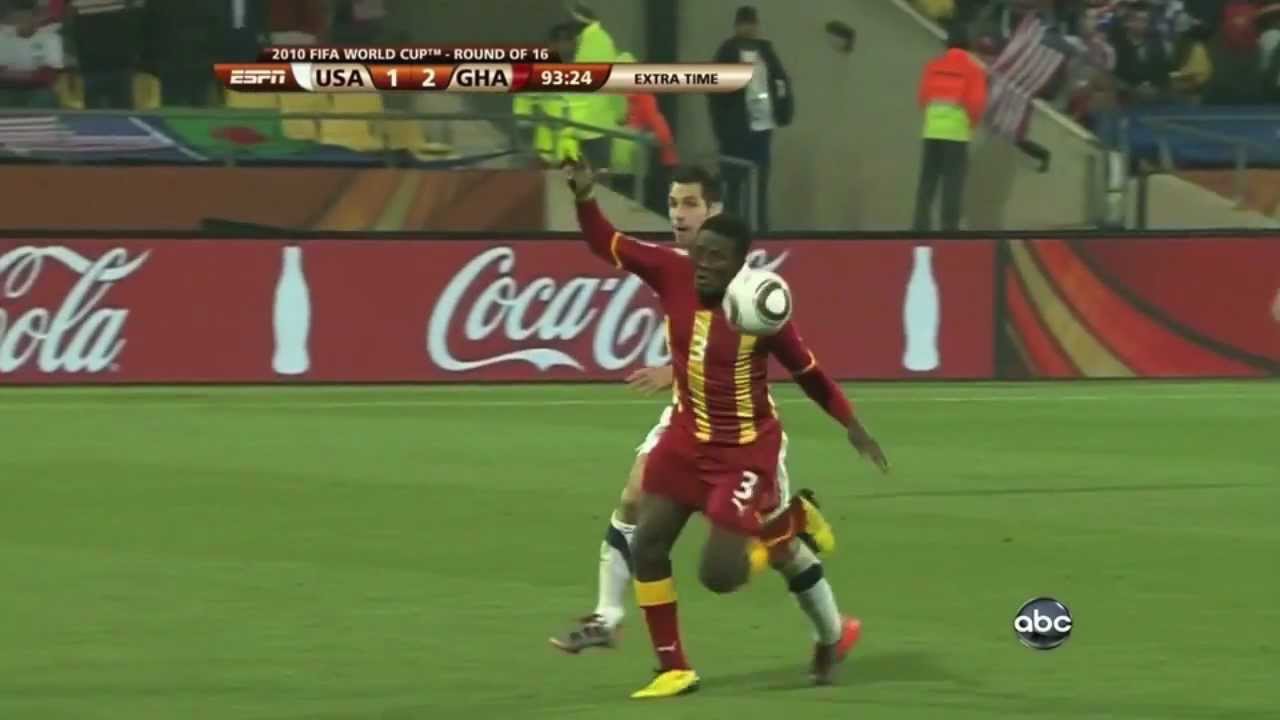 In the round of 16 matches against the United States, he scored a goal in extra time allowing Ghana to win 2–1 and advance to their first quarter-final.