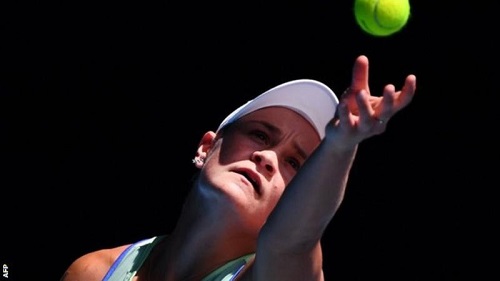 Ashleigh Barty became the first Australian woman to reach the semi-finals at her home Grand Slam for 36 years with victory over Petra Kvitova in an absorbing encounter in Melbourne.

Kenin reached her first major semi after a 6-4 6-4 win over Ons Jabeur.

The last Australian woman to reach the semi-finals in the singles at Melbourne Park was Wendy Turnbull in 1984, who was the most recent finalist from the home nation in 1980. 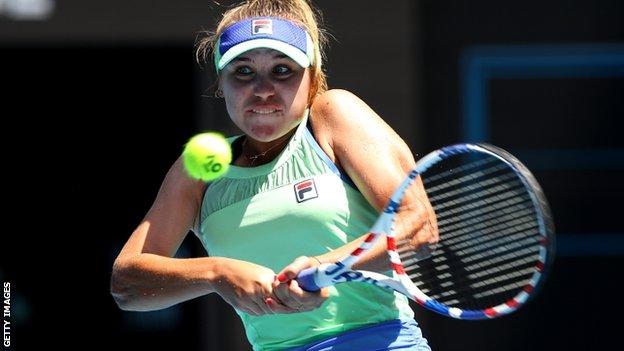 Eight squandered break points, one missed set point and a lost tie-break lead tell the story of what went wrong for Kvitova against Barty in the first set.

The Czech held five break points at 3-3 in a gripping game that lasted more than 10 minutes - having carved a 0-40 lead with two blistering forehand returns - but eventually allowed the Australian to hold when she netted a forehand return.

She had a mini-break in the tie-break but again enabled Barty to get herself back in it when she netted after a fantastic rally where the Australian was at her defensive best and getting on the end of everything the Czech threw at her.

Another netted forehand gave Barty a mini-break and Kvitova handed her the set when she went long with a backhand.

Kvitova, who was beaten in last year's final by Naomi Osaka, swiftly left the court at the end of the set but when she returned she could not find a way back into the match as Barty raced to a 4-0 lead.

Where the gripping first set lasted one hour and nine minutes, Barty needed just 35 minutes in the second. She was halted only by a dropped serve in the sixth game but went on to seal victory with an ace.

"It's been absolutely incredible," said Barty, who is seeking to become the first Australian women's singles winner since Chris O'Neil in 1978.

"I knew I had to bring my best against Petra. That first set was crucial and it was good to get a quick start in the second."

Sofia Kenin, who ended American teenager Coco Gauff's run in the previous round, put in an accomplished performance against big-hitting Tunisian Ons Jabeur.

World number 78 Jabeur, the first Arab woman to reach a Grand Slam quarter-final, showed plenty of fighting spirit and saved five set points in the opening set before pushing Kenin hard in the second, but ultimately paid the price of 36 unforced errors.

Kenin saved three break points at 2-3 in the second set in a near 10-minute game and she said this had been key to the victory.

"After that I got my momentum and started playing better," the 21-year-old said.

"I'm super excited. It was a tough match."