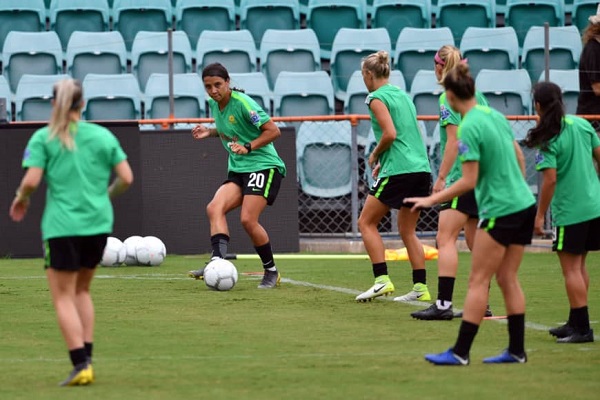 Australia’s soccer federation and players’ union say they have agreed on a new collective bargaining agreement that closes the pay gap between the men’s and women’s national teams.

The new four-year CBA announced Wednesday ensures the Socceroos and Matildas receive a 24 percent share of an agreed aggregate of generated revenues in 2019-20, rising by 1 percent each year.

Under the agreement, players are entitled to 40 percent of prize money on qualifying for a FIFA World Cup, representing an increase from 30 percent. That share of prize money increases to 50 percent if they progress to the knockout stage of the competition.

“The new agreement reflects football’s determination to address issues of gender equity in all facets of the game and build a sustainable financial model that rewards players as national team revenues increase,” a joint statement said. “Significantly for the Matildas, a new three-tiered centralized contract system will see Australia’s finest women’s footballers provided with increased annual remuneration with the tier-one players earning the same amount as the top Socceroos.”

Local media reported that at the 2018 men’s World Cup in Russia, the Socceroos earned $5.5 million just for qualifying, and then failed to win a game. The Matildas earned about $700,000 for making the knockout stages at the Women’s World Cup in France this year.

Critics say the women will still end up with a much smaller share and that the teams should share the same percentage of a total prize money pool.