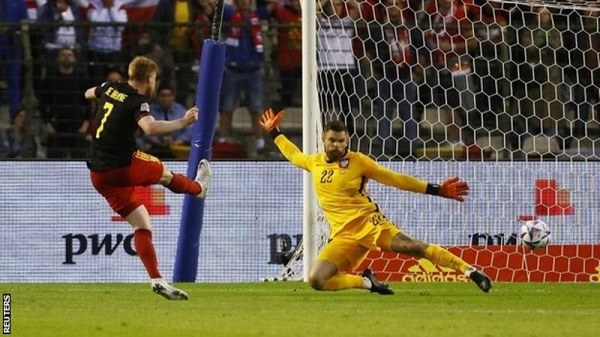 Belgium came from behind to thrash Poland 6-1 in the Nations League.

Robert Lewandowski put Poland ahead with an expert control and finish, his 76th international goal, but Axel Witsel levelled from outside the box.

Kevin de Bruyne made it 2-1 before Leandro Trossard struck twice, the second a beautiful curling shot.

Leander Dendoncker hammered in from 30 yards and Lois Openda scored four minutes after coming off the bench for his international debut.

It was a perfect response for Roberto Martinez's side, who lost 4-1 to the Netherlands in their opening game.

The Dutch beat Wales 2-1 in the other Group A4 game to go top on six points.