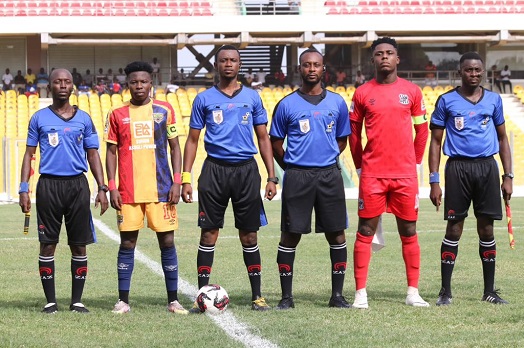 Hearts of Oak missed the chance to close gap at the top of the table as they were held 0-0 by FC Samartex 1996 on Matchday 13 of the betPawa Premier League at the Accra Sports stadium.

Slavko Matic returned to the bench of Accra Hearts of Oak after returning from his native Serbia where he spent one week on medical checkup. Richmond Ayi maintained his place in the starting line and made some lively saves but it was the outfield players who failed to impress.

Emmanuel Keyekeh nearly gave the visitors the lead in the 19th minute but Hearts of Oak goalkeeper Richmond Ayi pulled a brilliant save to keep his side in the game.

Ayi again rose to the occasion as he came up with a stupendous save in the 37th minute to prevent Raymond Kwofie from getting the opener.

Despite struggling in the first half, Accra Hearts of Oak massively improved in the second half as Democratic Republic of Congo sensation Linda Mtange came close to scoring in the 48th minute but had his shot saved by Samartex goalkeeper Lawrence Ansah.

Kwadwo Obeng Jnr. was put through by Linda in the closing stages of the game but big attacker skied his effort to the disgust of the home fans.

There was relentless pressure on Samartex in the closing stages of the game as Hearts continued to posh for the winner but the Sameraboi based side held on to secure a point against the giants.

League leaders Aduana FC crashed to 1-0 loss to Karela United FC at the Crosby Awuah Memorial Park. The two-time champions were hoping to secure the three points to stretch their lead at the top of the table but their gallant display at Ayinase yielded no result as they fell flat at one of the dreadful centres in the League. Aduana FC held their own for majority part of the game until the 78th minute when Evans Adomako scored the only goal of the match.

Dreams FC extended their unbeaten run to six – as they defeated Real Tamale United 3-1 at the theatre of Dreams, Dawu to move to the 5th spot in the table. The Still Believe lads shot into the lead through Agyenim Boateng Mensah in the 15th minute but the visitors pulled parity six minutes later through Issah Kuka. Real Tamale United had a lion share of possession as they kept hold of the ball to frustrate the home side.

With five minutes of proceedings remaining, Agyenim Boateng Mensah scored from the spot to restore Dreams FC’s one goal advantage before Ali Huzaif wrapped things up with a sublime finish - to make it 3-1 in favour of Dreams FC.

King Faisal posted a 1-0 win over Tamale City at the Baba Yara Sports stadium on Sunday. Samuel Adom Antwi tapped in the match winner after Baba Yahaya went round the backline for him to tap into an empty net.

Accra Great Olympics recorded only their first away win in the ongoing Premier League following a 2-0 victory against Kotoku Royals at the Cape Coast stadium on Sunday. The Dade Boys went into the game in search of their first win in five outings – with their last win coming against Real Tamale United on November 16, 2022.

Great Olympics took the lead in the 28th minute through Samuel Abbey Quaye. The wing back got on the end of a beautiful team play to smash home.

The former Ghanaian champions doubled their lead inside 76 minutes as Aryeetey Ayikwei got on the score sheet for the second successive time to give them a takes them to comfortable away win – taking them to the 7th spot in the log with 19 points.

In another match Legon Cities fought hard to pick a point against Nsoatreman FC. 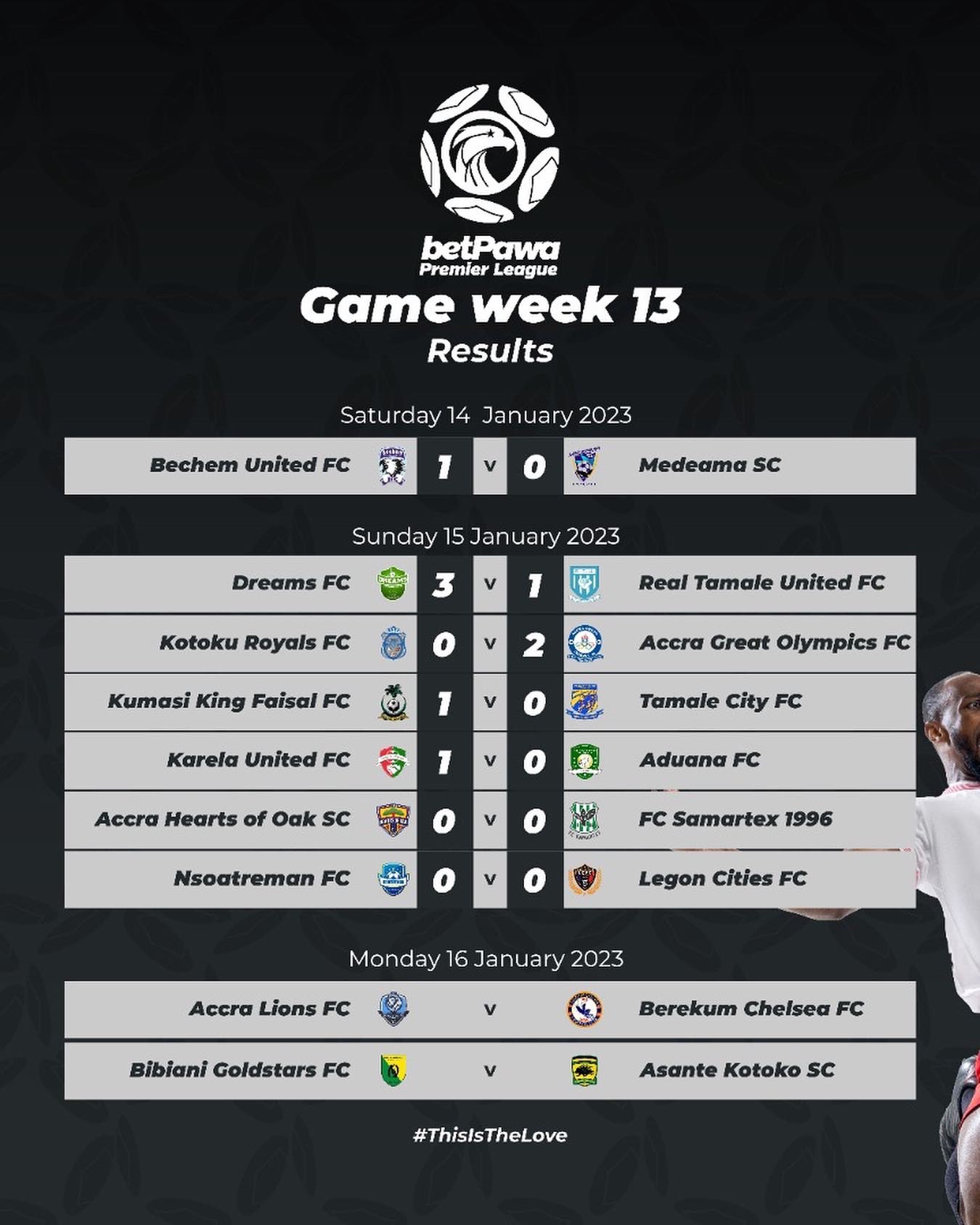 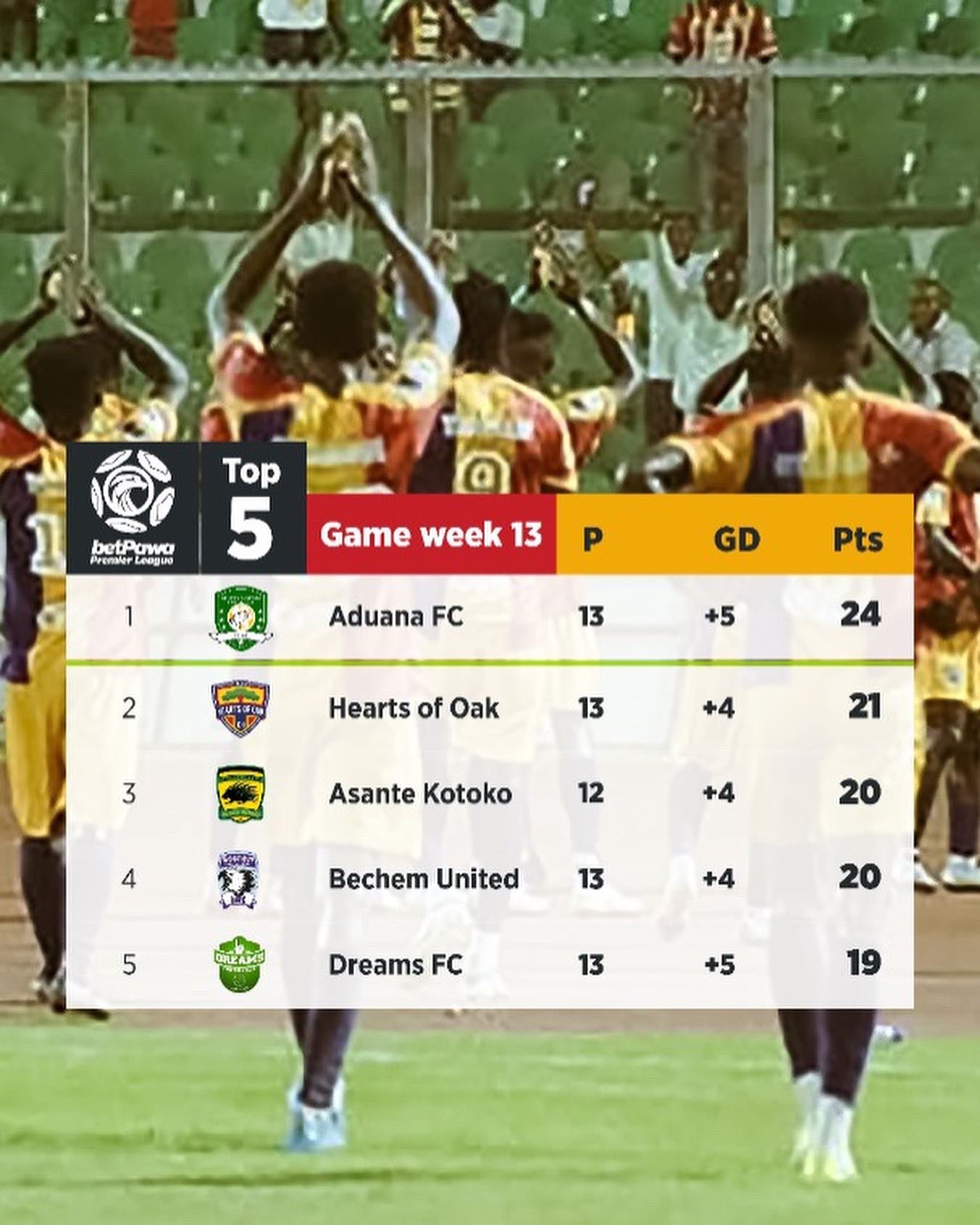