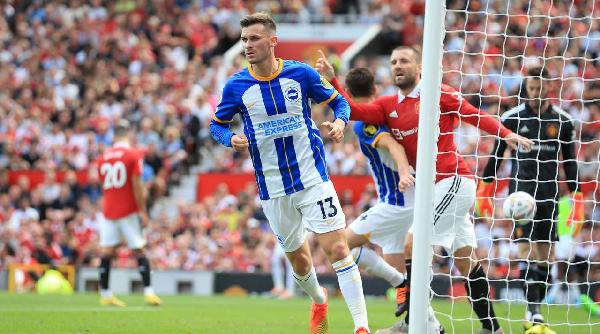 Brighton won at Old Trafford for the first time in their history after an outstanding performance to produce a 2-1 win against Manchester United.

The visitors raced into a two-goal lead in the first half with two superbly constructed moves that were finished off by Pascal Gross.

READ ALSO: Arsenal get off to perfect start with win over Crystal Palace

After a flat first half United came into the game more in the second period, creating two good chances that were missed by Marcus Rashford.

The home side reduced the deficit with 20 minutes to go thanks to an own goal from Alexis Mac Allister, but Brighton held on for a deserved victory.

Erik Ten Hag admitted that defeat in his first game as Manchester United manager was a “real disappointment”.

“It’s a setback, a real disappointment and we have to deal with it," he told Sky Sports.

“I knew from the start that it will not be easy and it’s a process. It takes time. But you don’t have time, you have to win games and we should have done better.”