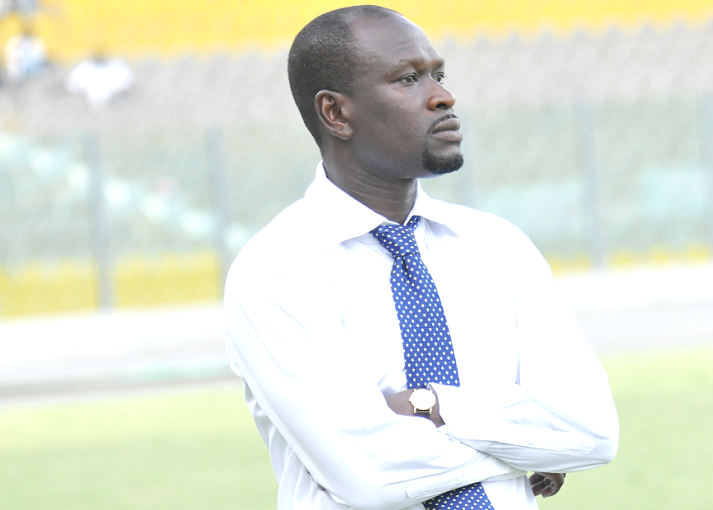 C.K Akunnor was suspended by the club and later parted ways with the miners just after one season as their head coach.

The CEO of Ashgold has granted a few media interviews concerning the club's decision to part ways with Akunnor and that has not gone down well with the former Black Stars captain.

C.K Akunnor believes that the CEO is spreading false information about him.

The 43-year-old released a press statement warning Mr Acheampong from telling lies about him.

My attention has been drawn several statements being peddled around by AshGold CEO Mr. Acheampong Frederick after I agreed to part ways with the club.

I wish to state that as a professional, I respect my contract as a coach with any club I work with and do same even after leaving the club.

I have been a player for the club and I'm proud to have returned to the club as a coach.

I, however, wish to draw the attention of the CEO of the club to stay away from telling blatant lies about me aimed at tarnishing my image.

His incessant discussion of my private issues including my salaries on public radio and other public platforms must cease since I am no longer his employee.

My contract with the club before I left did not permit them to make my financial engagements public and I will entreat him to respect that and desist from discussing my private issues in public.

Again, I wish to state that whether I was sacked or we parted ways, our marriage has broken up and we must accept and move on instead of his consistent attempt to take me to the cleaners.

The football industry is a big one and so far as we continue to live by it, we are likely to meet again one day so it will be better for him to keep quiet about me before I am forced to slap him with any legal suit.