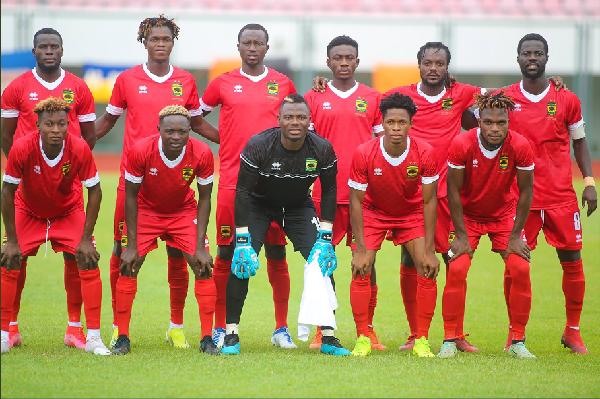 The Porcupine Warriors will be heading into the second leg with a 1-0 win from the first leg at Cotonou last Monday.

The win was Kotoko’s first away victory in the CAF Champions League since 2013 after beating Sony de Ela Nguema of Equatorial Guinea at the own backyard 9 years ago.

Kotoko this afternoon will have to continue their dominance from the first leg to progress into the second preliminary round of the African Champions League where they would meet either AS Vita Club or Gaborone United.

Head coach of the side, Seydou Zerboi has predicted a tough game despite recording a win in the first leg.

"I know Kadiogo very well, their system of play is always to attack, however, we need to be focused throughout the ninety minutes," coach Zerbo said.

"This is a press conference and I won’t sit here to tell you the system we are going to deploy so you just have to come on Sunday and see how we will play."

He called further called on the supporters to troop to the Sunday and create a hostile atmosphere for their opponents.

“It’s a big game and the difference will be the supporters. Everywhere you go in Europe you will see the supporters being the number twelve man so if they really have the team at heart, then they should be here on Sunday,” he said.

The game is scheduled for a 3pm  kick off.