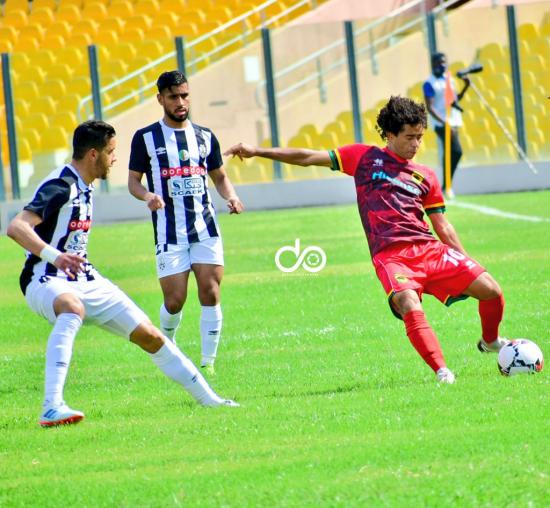 A resolute performance from ES Setif saw the visitors staged a comeback to defeat Asante Kotoko 2-1 in the CAF Confederations Cup at the Accra Sports Stadium.

The Algerians on Sunday afternoon played as a guest to the Porcupine Warriors club in the first of a scheduled two-legged tie in the final playoff round to the group stage of the continental showpiece.

With an improved performance from Asante Kotoko in the second half, the Ghanaian side dominated the play as they pushed for an equalizer.

Eventually, in the 69th minute, danger man Kwame Opoku scored with a brilliant effort after he was teed up by Emmanuel Gyamfi.

With cheers from the home fans, Asante Kotoko looked like they could go on to carry the day.

Unfortunately, two goals from Amoura Mohammed and Kendouci Mohammed changed the narrative to give ES Setif a 2-1 win at the end of the 90 minutes.

With today’s defeat, Asante Kotoko will need to mount a strategy for the return leg that will be played in Algeria next weekend.