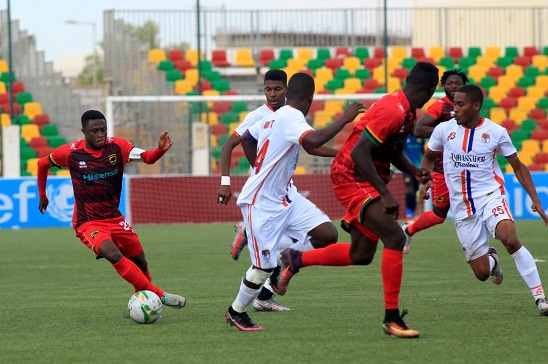 The game was cancelled after two players of FC Nouahibou were reported to have contracted COVID-19, but officials of the club wanted them to feature.

The decision forced the delay off the game for almost an hour forcing the referee to call it off.

However, in a quick response by the African football governing body, the game has been rescheduled for today, Sunday, December 6, 2020, at the Accra Sports Stadium at 3:00 PM. 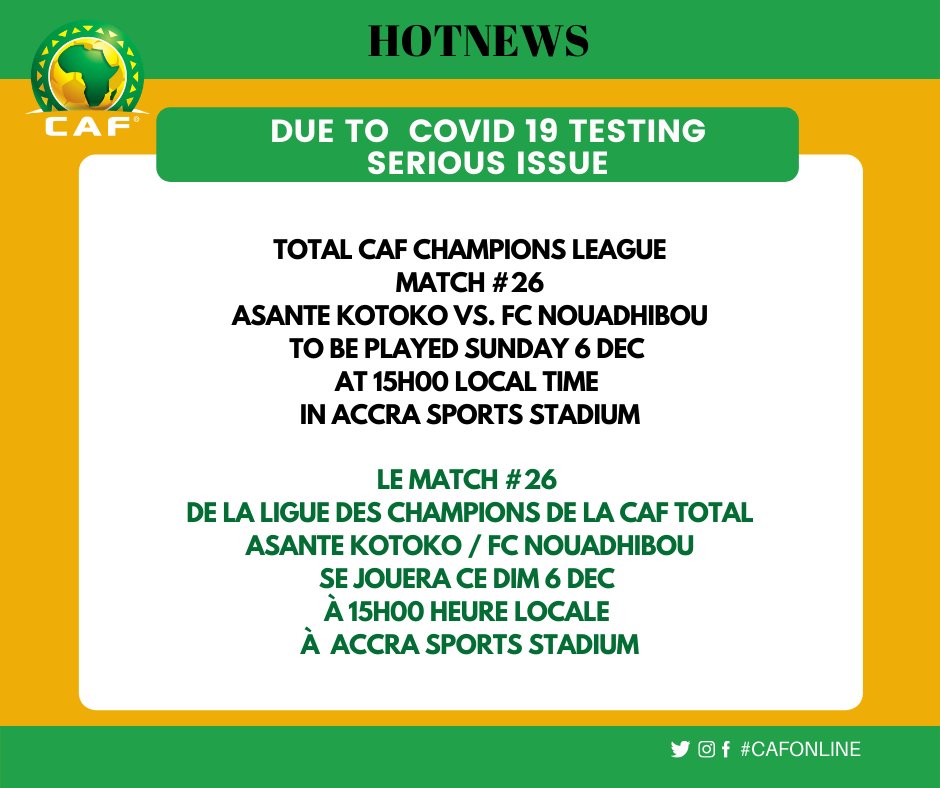 Kotoko also released a statement confirming the postponement of the clash. 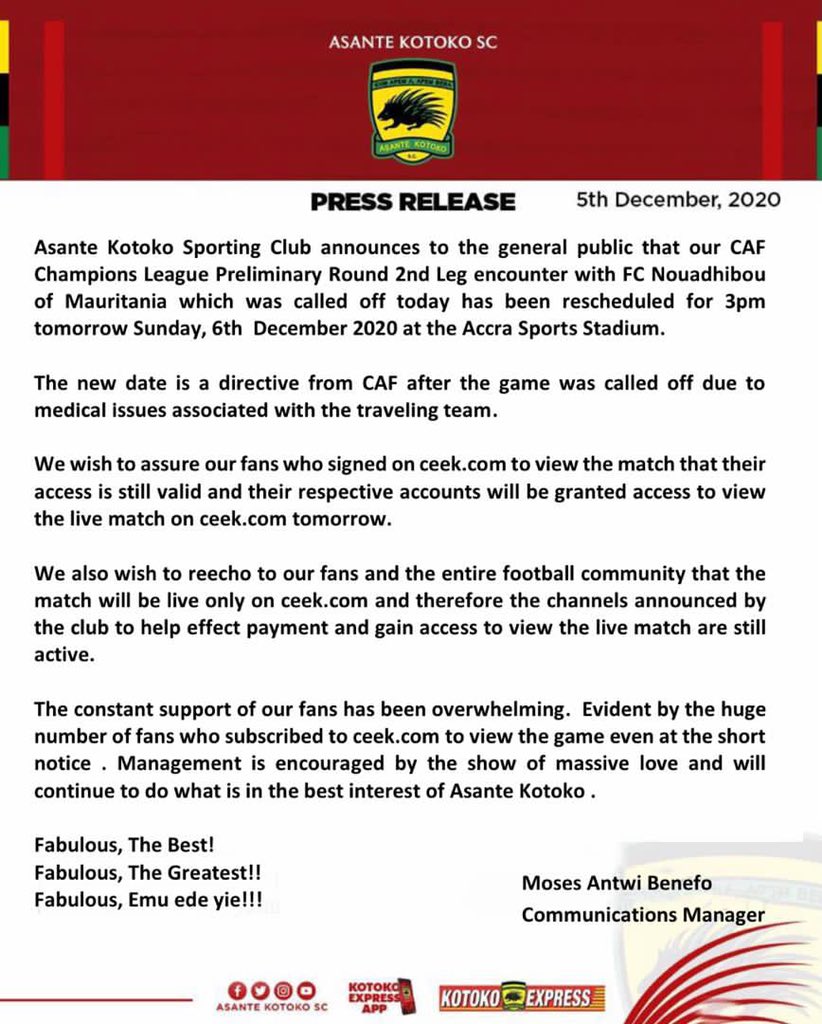