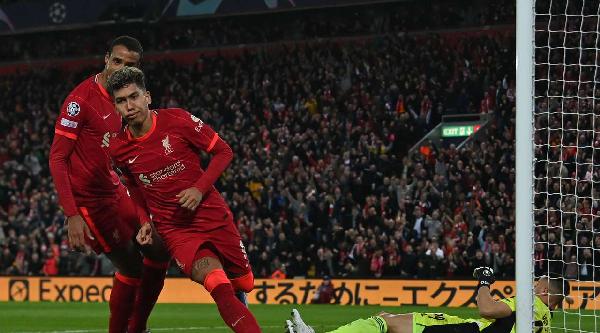 Roberto Firmino scored twice as Liverpool progressed to the semi-final after a 3-3 draw with Benfica at Anfield to set up Villarreal clash.

Liverpool, whose 3-1 advantage from the first leg in Lisbon meant Jurgen Klopp rested a whole host of first team players, took the lead after 21 minutes when Ibrahima Konate rose and seemed to hang in the air to meet Konstantinos Tsimikas' corner and steer inside the far post.

The advantage on the night was nullified just after the half-hour mark when James Milner's challenge on Diogo Goncalves inadvertently played in Goncalo Ramos who finished with aplomb.

Although these goals were too late to threaten Liverpool they were just reward for the visitors' relentless commitment.

Liverpool will host Villarreal - the club they beat in the semi-finals of the Europa League in 2016 - on April 27 before travelling to Spain for the second leg on May 4.