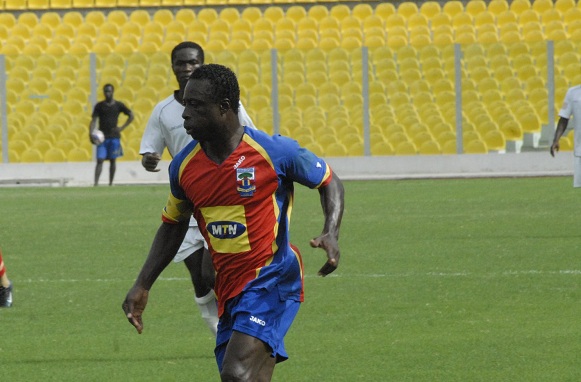 Charles Taylor has fired shots at the current Hearts of Oak and Asante Kotoko players claiming they areÂ self-conceited, hence unwilling be to advised.

According to Taylor, the current generation of players at both clubs are unwilling to learn a thing or two from ex-players to better their career.

â€œIn our generation we play with determination and want the current generation of Asante Kotoko and Hearts of Oak players to learn from us so that they will be better than us,â€ he told Ashh FM.

â€œWhen you compare our era example Stephen Oduro was a good player and he played beautiful football.â€

â€œThere is no player in both Kotoko and Hearts of Oak currently who plays like Stephen Oduro,â€ he argued.â€

â€œThis current players of Kotoko and Hearts are â€œtoo knownâ€ they will even tell you, the old player, you have finished with your career. Making them unwilling to receive advise from us.â€

Adding his voice to the ongoing debate with regards to the whether the current players will break into the 2004 squad, the 38-year-old further believes no player from the both set up will be good enough to even warrant a bench place in theÂ 2004 CAF Confederations Cup squad.

â€œIn the 2004 Confederations Cup squad none of Kotoko and Hearts current players will be a starter. Even none of them will get a position in our team, it will be very difficult for them to get a chance on bench,â€ Taylor ended.