Chelsea deadline day: All you need to know about the remaining four bidders 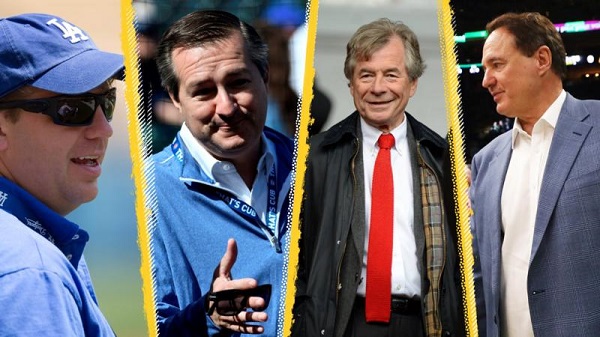 The money is accounted for, the executive meetings are over, and they've seen Chelsea perform on the pitch. Now, as we reach the deadline for final offers, the four consortiums bidding to buy the Premier League club - for in the region of £2.5bn - can do no more.

What links them is billionaire wealth, experience of running American sports teams and a desire to take the west London side to a new level.

But the differences between them will be key in deciding who replaces Roman Abramovich as owner, with a preferred bidder expected to be finalised next week before the Premier League and government approve the most expensive sports team sale in history.

It has already been described as one of the most competitive, with billionaires teaming up with other billionaires to battle it out for a prominent place in the hierarchy of Premier League and European football.

So who is best placed to succeed? It is difficult to predict an answer which lies in the hands of the Chelsea board, including a sanctioned Abramovich, chairman Bruce Buck and director Eugene Tenenbaum.

Additional expertise: American PR executive Barbara Charone - who previously worked with Madonna - and British journalist and Conservative peer Daniel Finkelstein are part of the bid. Both are Chelsea fans.

Pros: Boehly's bid has been relatively free of controversy and has plenty of finance and sporting know-how to back it up. And Boehly has previously shown interest in buying Chelsea, so already knows the club. He is also reported to have offered fans a so-called 'golden share', meaning no major decisions on the future of Stamford Bridge or the team would be made without consulting supporters.

Cons: There have been no standout issues for Boehly's bid, which has been a long time coming and has ramped up its investment capacity as deadlines approached. But Goldstein's status as a Tottenham fan was highlighted by fellow bidder Nick Candy, who may have spoken for many supporters when he said he "does not want a lifelong Spurs fan as part of the future ownership of Chelsea".

What else? Boehly's company Eldridge has also invested in Epic, which owns the computer game Fortnite - and the billionaire has spoken about how the game has hosted tournaments watched by 10 million people. Could that mean he is well placed, alongside other American owners, to look at a revolution in how Premier League games are broadcast?

The bid dogged by controversy 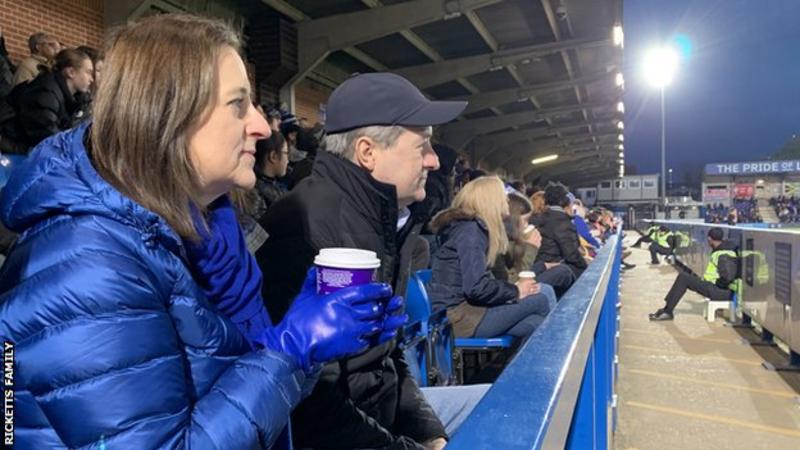 Additional expertise: After questions about their approach to inclusion and diversity, the family said they would appoint Lord Bilimoria - Chelsea fan and chair of Change the Race Ratio - to the board. He founded Cobra Beer from a London flat in 1989.

Pros: The Ricketts family already own a major American sports team, leading the Cubs to their first World Series win for 108 years. They also spent close to $1bn (£750m) updating the Wrigley Field stadium so it has more shops and connections to the local community. Stamford Bridge, with a capacity of 42,000, is in need of a similar expansion if Chelsea are to match their Premier League rivals. Their bid is entirely financed on equity rather than any debt, and siblings Tom and Laura Ricketts have spent plenty of time speaking to fans' groups, though a good deal of their PR campaign has attempted to allay concerns about past comments made by their father Joe, who is worth £3.5bn.

Cons: Anti-Muslim remarks made by Joe Ricketts, which surfaced in 2019, have been extremely damaging. He has since apologised and is not part of the bid to buy Chelsea, but the campaign was not helped when Paul Canoville - the club's first black player - voiced his disapproval, leading to #notoricketts trending on social media and a protest before the defeat by Brentford.

The Chelsea Supporters' Trust (CST) said it still had concerns even after meeting the family, and some fans have also been worried about how the Cubs have been run. Laura Ricketts has met LGBT groups and fans to explain the family's approach to diversity and inclusion, stating: "We strive to be champions both on and off the field."

What else? The Ricketts family's political connections have also been a point of debate. Both Joe and Todd are staunch Republicans, and supported former President Donald Trump, while Laura is a Democrat. Tom, who is the Cubs chairman, is said to be less political and says his leadership style is to "help set the goals, give the direction and then let people do their jobs". He told Salvi Chicago: "The difference between running a traditional company and a sports franchise is just the profile. You want to make sure you get everything right because everyone is watching." 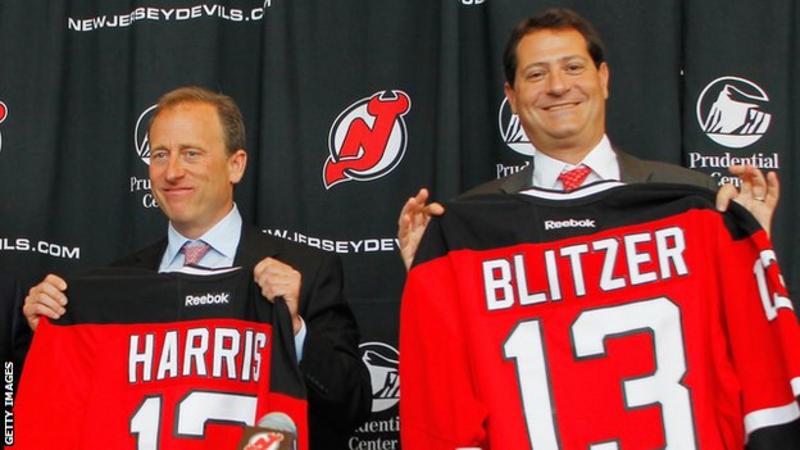 Finance boosted by: Josh Harris (£4.2bn) and David Blitzer, who co-own Crystal Palace FC and NBA team the Philadelphia 76ers. Investment banker Michael Klein is also on board but Broughton says investment has come "from around the world".

Pros: Broughton has experience of running a Premier League team, albeit for a short period, and helped broker the sale of Liverpool to Fenway Sports Group 12 years ago. He is helped by the presence of Lord Coe, whose connections at Chelsea run deep. Both are lifelong fans, and Broughton has said he is committed to "a best-in-class governance model with fans at the heart of decision-making", which would include plans for the development of Stamford Bridge.

Cons: Harris and Blitzer's investment in Crystal Palace could cause issues because Premier League rules state a person cannot acquire a "significant interest" - defined as 10% or more - if they already partly own another club. Of course, if that stake is sold, or Harris and Blitzer resign from the Palace board, the takeover can go through, but the question is if it would lead to delays in a sale everyone wants to proceed quickly. It is understood there is a plan in place should their Chelsea bid be successful, but how well former Eagles owners would go down at Chelsea is another question.

What else? Harris and Blitzer have plenty of investments through their Sports & Entertainment company, including NHL ice hockey team the New Jersey Devils. Harris, who lives in Miami, also has a minority stake in NFL team the Pittsburgh Steelers. Blitzer, who is based in New York, is a global head of tactical opportunities at investment firm Blackstone. 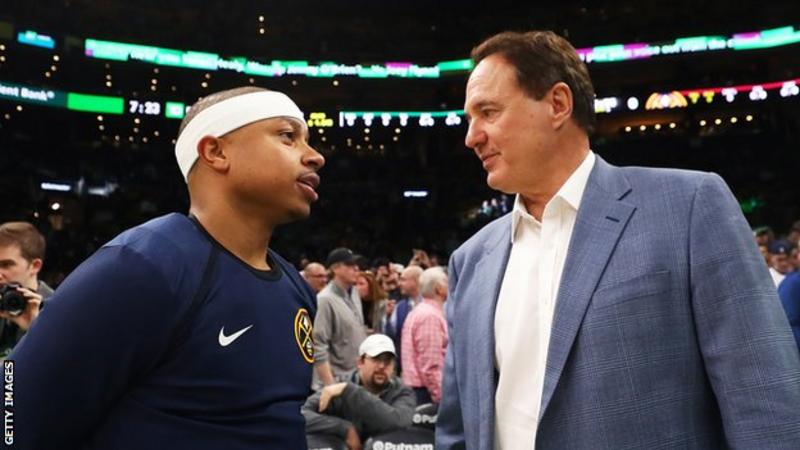 Bid leader: Stephen Pagliuca - co-owner of the Boston Celtics, Atalanta, and Bain Capital, which has £92bn in assets.

Additional expertise: Pagliuca will sit alongside NBA chair Larry Tanenbaum, who co-owns several Canadian sports teams and is the founder of a developer, which could prove handy at Stamford Bridge. Former Disney CEO Bob Iger and Peter Guber - co-owner of the Golden State Warriors and the LA Dodgers - are also on board.

Pros: Pagliuca has plenty of sporting and financial capital, though news of his interest in Chelsea only emerged after the first bidding deadline on 25 March. The 67-year-old broke his silence on Tuesday to say his "ethos has always been to operate quietly" before outlining his intentions. He struck all the right notes about making Chelsea "habitual winners", "preserving the traditions of the club" including the avoidance of a European Super League, and stating "Chelsea should be the pride of London for its on and off-field accomplishments". Pagliuca has the endorsement of the True Blue consortium, which involves former Blues captain John Terry and is aiming for a 10% stake in any new ownership.

Cons: Politician Lord Hain voiced disapproval about Bain & Company's links to alleged corruption in South Africa, but Pagliuca's camp said it was a separate entity to Bain Capital, which is not part of the Chelsea bid in any case. Pagliuca's 55% stake in Serie A team Atalanta could cause problems with Uefa, whose rules state "no individual or legal entity may have control or influence over more than one club" in its competitions. But the billionaire seemed to suggest he would take steps to "meet the respective requirements and regulations".

What else? Pagliuca has previously said a European Super League "made sense on paper" to clubs which, in contrast to those in America, faced "risks" from relegation and a lack of salary control. He also told Bloomberg in 2020 a way of mitigating against those risks was to "manage those clubs tightly." In his statement this week, however, he changed tack, saying that the Women's Super League was "the only Super League we intend competing in".