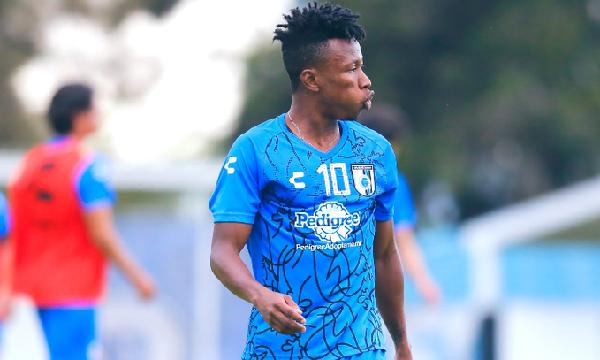 Former Ghana U20 forward, Clifford Aboagye is continuing his career in Mexico after signing for former club Querétaro FC.

The attacking midfielder has rejoined the Blue and White on a two-year deal after ending his stay at Tijuana following the expiration of his contract.

He has returned to the club with a lot of expectations and will hope to wow  fans in the 2022/23 season.

Aboagye was one of the highly-rated youngsters at the 2013 FIFA U-20 World Cup where he won the Bronze Ball as Paul Pogba and Nicholas Lopez clinched gold and silver ball respectively.

He was signed by Italian Serie A outfit Udinese after the FIFA U-20 World Cup in 2013 from Ghana Premier League outfit Inter Allies in a deal worth €610,000.

The talented midfielder was transfer to Granada from Udinese as part of his developmental process but struggled at the Spanish club.

However, Granada loaned him out to Mexican top-flight league side Atlas FC for one season before joining them on permanent basis in 2018.