Courtois throws shade at Chelsea after Hazard signs for Madrid 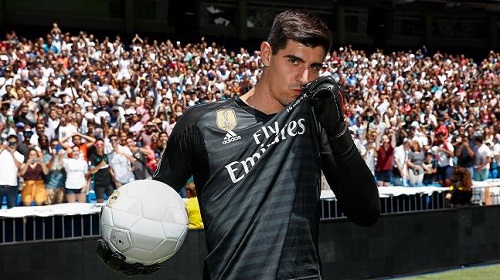 Real Madrid have agreed a deal to sign forward Eden Hazard from Chelsea for a fee that could exceed £150m.

Hazard has agreed a five-year contract and will be presented as a Real player on 13 June, subject to a medical.

"Leaving Chelsea is the biggest and toughest decision in my career to date," said Hazard.

However, Real Madrid capturing Hazard has been welcomed by fellow Belgium compatriot Courtois who is excited to be reunited his former Chelsea teammate.

After one year apart, following Courtois making the very same move last summer, the two are reunited at the Estadio Santiago Bernabeu.

He took to Twitter to register his happiness "Welcome to the best club in the world!!!"

The pair are currently on international duty together ahead of their games against Kazakhstan and Scotland. 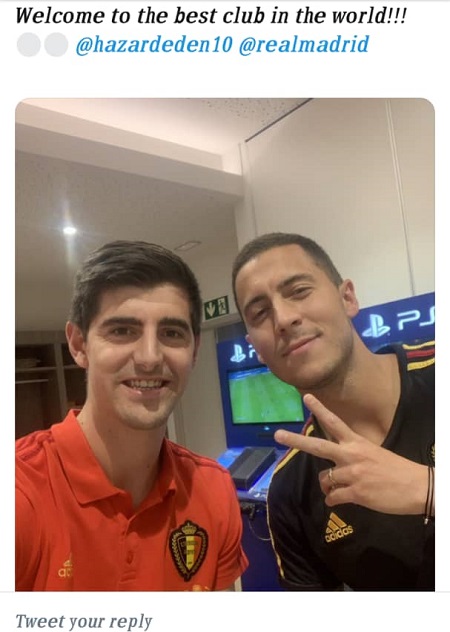