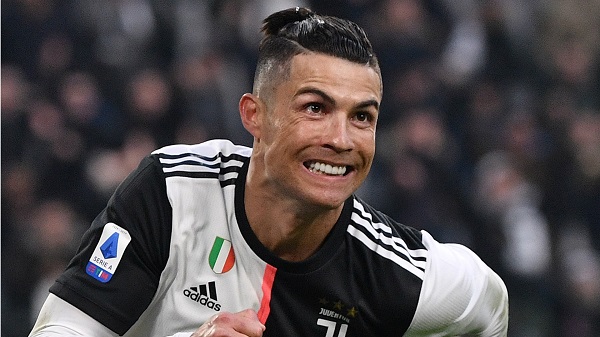 Ronaldo slotted a first-half penalty down the middle in Juve's 2-0 win over Bologna, a result that saw the Bianconeri move four points clear at the top of the table.

The goal was Ronaldo's 22nd in Serie A this season, one more than the 21 he managed in his debut campaign in Turin following his move from Real Madrid in 2018.

In reaching 43 goals, the 35-year-old also moved beyond Rui Costa as the Portuguese player with the most goals in Italy's top flight.

Rui Costa spent eight years in Serie A, playing for Fiorentina and then Milan between 1994 and 2006.

He is the also the leading Portuguese scorer in La Liga history having registered 311 goals in 292 appearances for Real Madrid, where he is the all-time leading scorer.

Ronaldo has been criticised recently after missing a penalty against Milan in the Coppa Italia semi-final and struggling to have an impact in the final versus Napoli.

"I saw the a whole Juventus team in difficulty, even Cristiano Ronaldo, who looked like an average player in what was a very slow match,” Toni told Rai Sport after the Milan clash.

"You expect a big performance from him but he looked like he was experiencing physical difficulties – he couldn't even dribble a man."

Ronaldo's sister took to Instagram after the match to stick up for her brother, stating that he can't always be expected to win matches on his own.

She said: “What else can you do? It is what it is and my darling can't work miracles alone. I can't understand how they played like that. Anyway, keep your head up. You can't do more, my king.”

The Coppa Italia final loss marks the only time in Ronaldo's career that he has lost two successive finals, having been defeated by Lazio in the Supercoppa Italiana at the tail end of 2019.