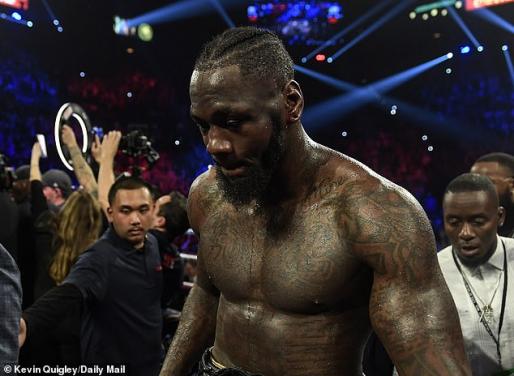 Deontay Wilder has sensationally hinted that he could RETIRE if he loses his trilogy fight against Tyson Fury.

And he has explosively revealed that he was been "weeding out snakes" from his circle that he believes contributed toÂ his shattering loss to the Gypsy King.

The American suffered his first ever defeat as a pro when he was battered and bullied by Fury before being stopped in the seventh round of their rematch in February.

Despite the one-sided beating,Â the Bronze Bomber agreed to Part III and is confident this will happen before the year is out.

That fight was initially scheduled for July 25, but is expected to be delayed as a result of theÂ coronavirusÂ pandemic.

And in an interview withÂ PBC Podcast, the 34-year-old stressed the importance of bouncing back.

He also revealed he has had to deal with "snakes" around him who were "jealous" of how his career had progressed.

"I'm cutting my grass, I'm getting rid of a lot of snakes in the grass.

"This time has allowed me to look back, dig in the weed and see what was really going on.

"You can have a lot of great people around you, but certain jealousy of people you can't control.

"Everybody wants certain things, everybody wants what you have but they don't want to work as hard as you, to sacrifice as much as you.

"People get envious of the things they can't have, I had to weed out, change up certain things."