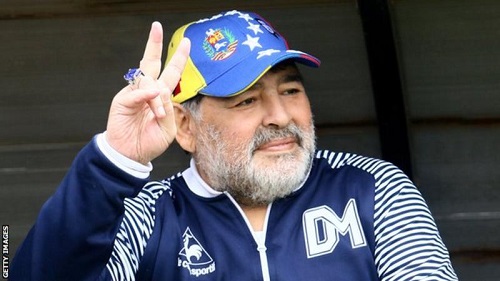 Argentina legend Diego Maradona said he is to return as manager of Gimnasia y Esgrima La Plata - two days after he quit.

The 59-year-old made the announcement of his return to the Argentine club on social media.

He said the decision hade been reached after "we finally achieved political unity in the club".

"I hope [the leaders] will provide reinforcements they promised me," Maradona added.

The 1986 World Cup winner started his role at Gimnasia in early September in his first coaching job in his homeland since 2010.

The side were bottom of Argentina's 24-team top division when he took over and he has guided them to three wins in eight games to move them up to 22nd.

The Chartered Insurance Institute of Ghana, CIIG says the cancellation of the…