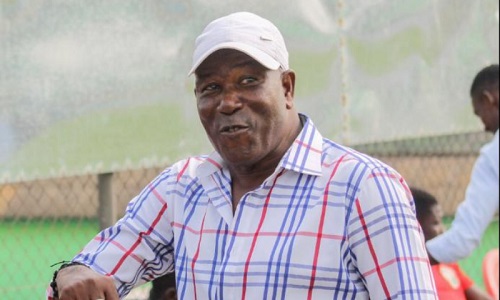 Dreams FC coach Abdul Karim Zito has advised Ghanaian footballers over engaging in too much sex.

According to Zito, who doubles as Black Satellies coach, sexÂ reduces a player's career span andÂ it takes a lot of energy which is not easy to recover in two or three days.

"Sex reduces energy and strength, even see how you pant when kissing too much. You can run for about one mile before sweating but check about how you sweat within two to three minutes when having sex," he told Tru FM.

"It takes about three days with nourishing food and costarred to replace or regain that energy after sex. How many current players know costarred? They don't know.

"The costarred is a yellowish bottled meal which is prepared with egg-like porridge. It boosts the energy but off late is out of production and I don't see it again. It helps to regain your energy after three days.

"The moment you sex a woman your blood also works fast. If you have ten years to play football, sex can reduce it to eight to seven years."

Meanwhile, Karim Zito's Dreams FC has been boosted by the addition of striker Abel Manomey.Â

The former Great Olympics striker has penned a two year deal with the Dawu based club and is expected to bring his experience to bare as the club seek to move into the top half of the table when the league resumes,

Revealing why he snubbed other clubs to join Dreams FC, Manomey said despite the several offers on the table, the one from the Dawu-based side looked the most appealing.