Edmund Addo to leave Sheriff Tiraspol at end of season 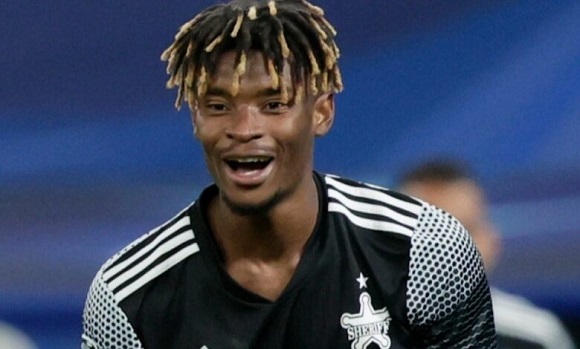 Edmund Addo is set to leave Moldovan side Sheriff Tiraspol at the end of the season.

According to the player’s agent, Oliver Authur, the youngster is certain to move with offers from Netherlands, Belgium and Serbia on the table.

“It is very likely he (Edmund Addo) will move to another Club next season, this could be his last season at Sheriff because there are lots of offers on the table,” Oliver Arthur spoke to Angel TV.

“Offers from the Netherland, Serbia and Belgium and mostly likely the player will move, about 95% set that he will leave.”

The 21-year-old moved to Moldova just before the start of the 2021/22 season from Slovak side FK Senica and went on to play an immense role for Sheriff in their UEFA Champions League campaign.

His performances earned him a call-up to the Black Stars and he was handed his debut in a World Cup qualifier against Ethiopia in November 2021.

Addo represented Ghana at the AFCON 2021 in Cameroon and was in the list of players handed call-ups by Otto Addo to represent Ghana in the World Cup play-off against Nigeria.

However, he pulled out of the games due to an injury as Ghana edged Nigeria and secured a place at the World Cup to be played in Qatar later this year.