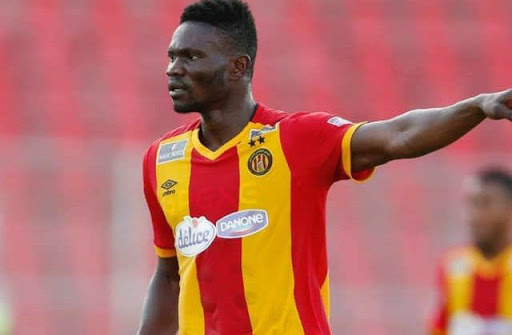 Egyptian Premier League side Ceramica Cleopatra has completed the signing of Esperance’s Ghanaian midfielder Kwame Bonsu on a permanent deal.

Bonsu has joined the newbies on a two-year deal until 2022, becoming the latest Ghanaian to seal a move to the side after former Hearts of Oak midfielder Winful Cobbinah.

Ceramica Cleopatra will play their first-ever season in Egypt’s top division and have added a number of high caliber to their ranks.

The 26-year-old started his professional career in his home country of Ghana back in 2014 with Heart of Lions Kpando.

He then secured a move to Europe with Swedish side FC Rosengard and went on to move around the country where he plied his trade with Mjallby AIF and Gefle IF.

Then after a full season without a club, he returned to his home country with two-time African champions Asante Kotoko in 2018.

After spending another two years with the Ghanaian powerhouse secured a move to Tunisia’s Esperance Sportive de Tunis.

During his time in the Tunisian capital, Bonsu has made 29 appearances and managed to win the domestic treble (Tunisian League, Tunisian Cup and Tunisian Super Cup).