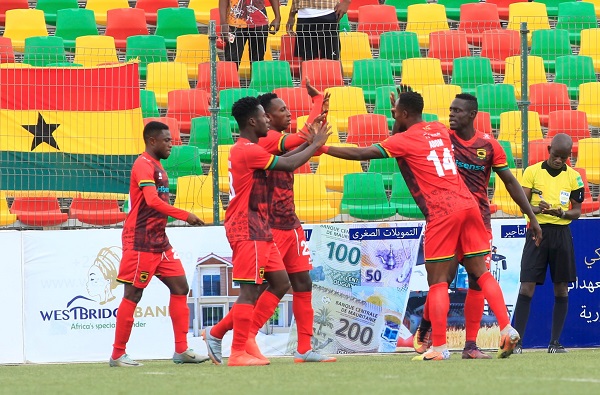 Asante Kotoko is unhappy with the treatment the Ghana Football Association (GFA) is giving to them, Communications Manager Moses Antwi Benefo has revealed.

The Porcupines host FC Nouadhibou in the CAF Champions League return leg on Saturday, December 5 at the Accra Sports Stadium at 3:00 pm.

Speaking in an interview, the Communications Manager, Moses said as his club is trying to hoist the flag of Ghana in Africa, the GFA has not come to their aid in term so financial support.

"The club Asante Kotoko is not happy. The previous administration gave 30,0000 dollars to clubs going to Africa, but we haven't received even a pesewa from the GFA," he told Asempa FM.

He further opined the GFA is not making Kotoko preparations for the Nouadhibou game to go on smoothly. He maintained that as it is the normal practice that the away team trains 24hours to the kick-off time and the home team follows, the country's football governing body have made changes which they are unhappy about it.

"As I speak to you now Asante Kotoko are being forced to train at the Accra Sports Stadium which isn't fair."

"We were supposed to train in the evening after Mauritania side trains but because of the Hearts of Oak Karela Match at 6:00 pm, they have pushed our on training time to this morning."

"They are just trying to frustrate the club."

Asante Kotoko opponents FC Nouadhibou touch down in Ghana today and will train at the Accra Sports Stadium at 3:00 pm ahead of tomorrow showdown.

The Porcupines on last Sunday were held by  Mauritanian side Nouadhibou to a 1-1 away draw in their 2020-21 CAF Champions League opener and they have it all to play for in the reserve fixture this week.

They will be hoping for a respectable scoreline to qualify for the next phase of the competition.