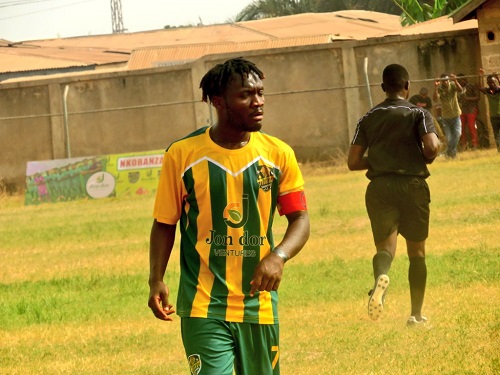 Asante Kotoko have beaten their arch-rivals Hearts of Oak to the signature of Asokwa Deportivo midfielder Emmanuel Sarkodie.

The dreadlocks midfielder has sealed a switch from Division One sideÂ Asokwa Deportivo to the Ghana Premier League giants Kotoko.Â

The midfielder have put pen to paper to join the Porcupines on a 3-year deal after going through the necessary formalities.

According to President for Division One club Nkoranza Warriors, Kuuku Bathels the player has joined the Porcupine Warriors even though Hearts of Oak were prepared to pay a bigger amount.

Karela United midfielder Emmanuel KeyekehÂ is attracting attention from Ghana Premier League giants Asante Kotoko and Hearts of Oak but insists he is not thinking about the transfer speculation surrounding him at the moment.

Despite Keyekeh's outstanding performance for Karela United this season that has caught the eye of Hearts and Kotoko, his outfit is battling relegation.

The Anyinase-based side has had a bad start to the 2019/2020 campaign and currently sit 17thÂ on the standings with 11 points from 15 matches.

When asked whether he will be making a move in the current transfer window, the midfielder said he is flattered by the interest from the two most glamourous club in the country, however, vowed to stayÂ with theÂ Anyinase-based side and help the team move of the relegation zone.

â€œEverything will depend on the management because of the situation at the club. I cannot say I want to leave Just because the team is battling relegation. I have to at least help the team to move to a better position before I think about moving

â€œWhere the team is lying on the table, I cannot follow the money and leave the club. I have to at least fight with my teammates to lift the team from the relegation zoneâ€, the highly-rated midfielder told Medeama FM.