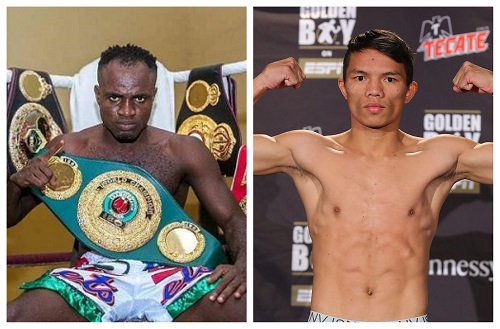 WBO Africa lightweight champion, Emmanuel 'Game Boy' TagoeÂ will be seeking to keep his remarkable winning streak intact when he takes on Rey Perez in Miami, the United States in a 10-round clash.Â

Ranked #2 by the WBO, #6 by the IBF, and #10 by the WBC, Tagoe will be fighting in the United States for the first time in seven years.

Most recently, the heavy-handed Ghanaian knocked out Ishmael Aryeetey in the sixth round, on July 20, 2019, in Accra. He also holds victories against former world champions Moses Paulus and Mzonke Fana.Â

"Tagoe is on the verge of a world title shot, but first must get past an experienced veteran in the Filipino Perez, in what promises to be a thrilling main event," said DiBella, President of DiBella Entertainment.Â

Prior to the loss against Kambosos, Perez stopped Christian Gonzalez in the seventh round on October 18, 2018, in Los Angeles, CA.