EPL: Liverpool silence Man City at Anfield to extend lead at the top 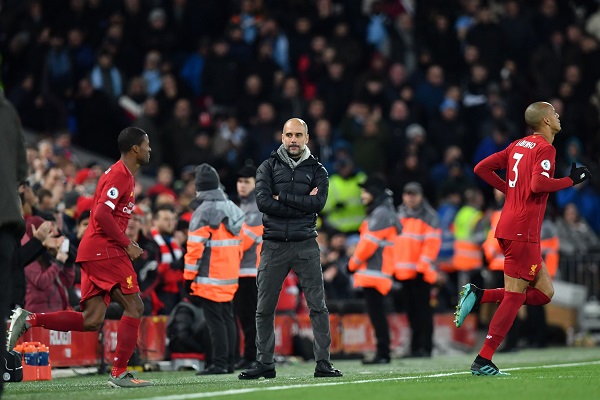 The Liverpool put up a spirited performance that saw them made light work of Manchester City to extend their lead at the top of the Premier League table.

Fabinho, Mohammed Salah and Sadio Mane of Liverpool became the heroes for their club when their strikes saw them defeat their title rivals 3-1 at the Anfield to extend their lead at the summit to nine points.

The match, which was well attended at Anfield, saw the Liverpool scoring in each half in a tantalising performance to set the packed stadium agog. 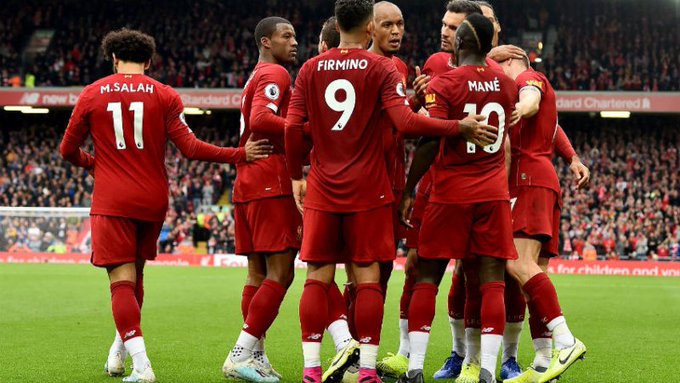 It was Fabinho who set the stadium ablaze with a 35-yard screamer to put Liverpool ahead in the sixth minute after Man City have been denied a penalty in the lead up to the goal.

Moments later Sergio Aguero had a solo effort saved by goalkeeper Alisson after the former has gone past two Liverpool defenders. Claudio Bravo came to Man City rescue on the stroke of half time with a save from Roberto Firmino strike following a counter-attack move. 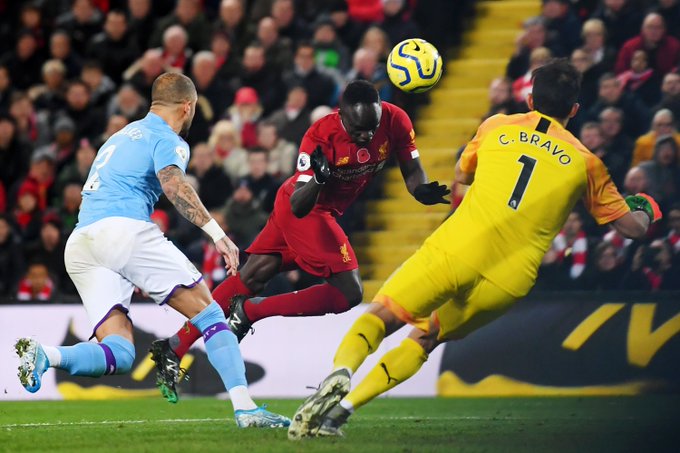 Senegalese international Sadio Mane put the icing on the cake when he Hendeson's cross with a powerful header 5 minutes after the recess before Bernardo Silva hit home a consolation goal for the Citizens with a sweet left-foot finish inside the box in the 78th-minute mark.

Despite the huff and puffy from Manchester City in the dying embers of the game, Liverpool stayed resolute as referee Micheal Oliver brought proceedings to an end at Anfield.