EPL: Man City hold on against Tottenham to go top 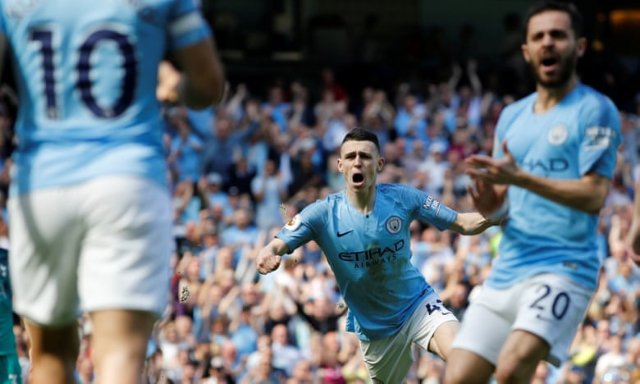 EPL: Man City hold on against Tottenham to go top

The 18-year-old's diving header, created by Sergio Aguero, after only five minutes ensured the reigning champions maintained the pressure on rivals Liverpool before their match at Cardiff City on Sunday.

It was, however, a nervous performance in a game a far cry from the drama of Wednesday's European game here as City relied on goalkeeper Ederson to make several crucial saves and they also lost key midfielder Kevin de Bruyne to injury.

Raheem Sterling had City's best chance after the break, only to be frustrated by the outstretched leg of Spurs keeper Paulo Gazzaniga - in for injured Hugo Lloris - but Pep Guardiola's side held on to move a point clear of Liverpool with four games left.