Ex-Ghana star advises CK Akonnor to be his own man 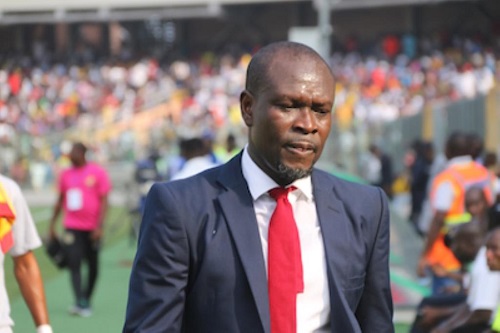 Ex-Ghana star Sam Johnson has advised Black Stars coach Charles Kwablan Akonnor to do away with external influenceÂ when it comes to player selection.

According to Johnson, the ex-national team players are fully behind CK Akonnor to restore Ghana's lost glory andÂ he should not kowtow to the selfish interest of others in order not to be led astray.

Akonnor begins his first assignment since his appointment in early January against Sudan in a doubleheader for the AFCON 2021 qualifiers.

Ghana hosts Sudan on March 27 at the Cape Coast Stadium play the return leg in Omdurman three days after.

"Let's allow CK Akonnor to do the job and support him from behind. He should not allow anyone to influence him. He should stand firm because he has the support of Ghanaians," he told Asempa FM.

Speaking on the invited 23-man squad who will be representing the country against Sudan in the AFCON 2021 doubleheader, Johnson indicated that the players should give their all on the pitch, that it is an honour to wear the Black Stars jersey out of the over 27 million Ghanaians.

He urged the local-based players called up for the game to seize the opportunity to pave way for other players.

"My advice to the local players is that they should fight and get into the first eleven when they receive call ups," he told Asempa FM.

"We need more local players in the team going forward so those who get the opportunity should set the pace for the others."

Akonnor, former Hearts of Oak and Asante Kotoko gaffer has been tasked to win the 2021 Africa Cup of Nations and also qualify the team to the Qatar 2022 FIFA World Cup.