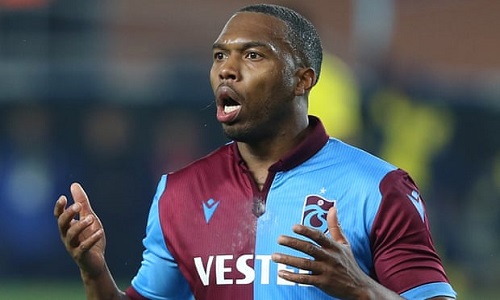 Ex-Liverpool striker Daniel Sturridge has been banned from football for four months for breaching betting rules.

He was originally given a six-week ban last summer, four of them suspended, butÂ the FA appealed against the findingsÂ of an independent commission.

It was announced on Monday that Sturridge's contract with Turkish side Trabzonspor had been terminated by mutual agreement.

Sturridge had faced various charges alleging he passed on inside information over a potential transfer in January 2018.

A statement from the FA said the appeal board had ruled the commission "misapplied rules in relation to the use of inside information and made findings of fact which could not be sustained".

As a result, the board found proven two further charges that had originally been dismissed.

Liverpool announced in June 2019 that Sturridge - who scored eight times in 26 appearances for England - would be leaving the club that summer at the end of his contract.

He went on to score seven goals in 16 appearances for six-time Turkish champions Trabzonspor.

His most recent England appearance came as a substitute in a World Cup qualifier against Lithuania in October 2017.