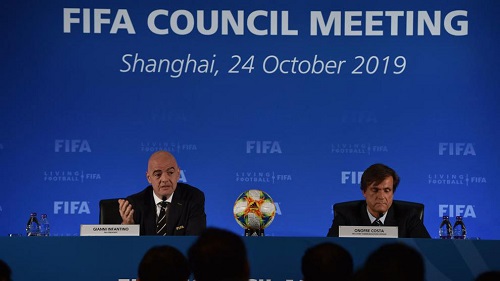 FIFA have formally prohibited the playing of league matches overseas, meaning all domestic league games must now be played in their native countries and nowhere else.

The news will come as a frustration toÂ LaLiga, who have been trying to organise a league game abroad for some time now.

FIFA's decision has been based on the fact that league seasons require teams to play each other team both at home and away, and any situation that prevented that would break the spirit of the competition.

LaLigaÂ have twice organised for games to be played in Miami only to have them cancelled at a later date, first in 2018/19 betweenÂ EibarÂ andÂ BarcelonaÂ and this season betweenÂ VillarrealÂ andÂ Atletico Madrid.