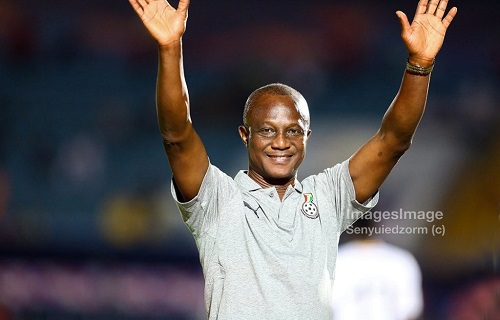 The 59-year-old brought a two-year stint to an end on December 31, 2019 as the Ghana Football Association (GFA) decided against renewing his contract.

READ ALSO:Â GFA to apply to FIFA to open another transfer window after Covid-19 pandemic

It was his second spell in charge of the Black Stars following a first tenure between 2012 and 2014.

Speaking in an interview with Kumasi-based Light FM, the 59 year old touted his national team exploits expressing the assertion that he he holds no regrets.

He believes he has left a legacy for the his predecessor to continue from with the introduction of many young players in the national team.

â€œI donâ€™t see any regret within my tenure at the national team of Ghana," he told Light FM.

"I did the best that I could which yielded results.

â€œAnd the most important thing is that you leave a legacy behind which will serve as a precedent for the upcoming talents.

â€œI was unfortunate then because of most of the time of handling the National Team, it was like I must search for quality players to replace the ones fading away, my first time in 2014 was a clear example to replace Essien, Stephen Appiah, Muntari, with Jordan, Atsu, and it continued during my second time,â€ Appiah concluded.

Kwasi Appiah has been replaced by his former deputy Charles Kwablan Akonnor who has been tasked to qualify Ghana to the World Cup and win AFCON 2021.