Christian AtsuÂ has not retired from Black Stars - CK Akonnor 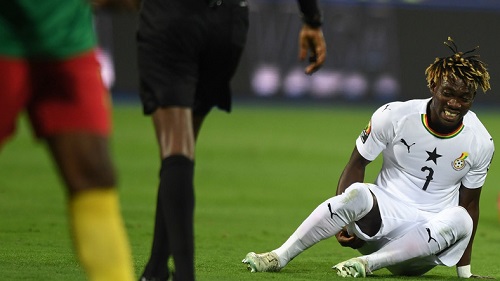 Recent media reports say Atsu has decided to hang up his boots due to neglect over the fateful injury which kept him on the sidelines for a few months.

READ ALSO:Â Consistency criteria should apply to both local and foreign players - Sam Johnson to Akonnor

However, Akonnor has cleared that air, saying the Newcastle attacker recent absence from the national team set up is due to injury and will be in the team once he recovers.

â€œItâ€™s not true that Atsu has retired from the Black Stars. We spoke at length but we did not have a discussion on him retiring from the national team,â€ Akonnor said, as reported by Ghana Web.

â€œWe agreed to give him some time to recover because he is struggling with that knee injury and I cannot ask him to come to Ghana to play again when he even travels across Europe to seek treatment.

"I have also been a player before and I know what he is going through; itâ€™s something very serious.

â€œHe [Atsu] is a good player and once he recovers, he will be invited.â€

Atsu last appearance for the Black stars was in the AFCON 2019 in Egypt in June where he picked up an unfortunate injury which has caused his absence in the team.

Atsu won his first seniorÂ capÂ forÂ GhanaÂ on 1 June 2012 againstÂ Lesotho, scoring in the process. The 28-year-old has made over 60 appearances for the Senior National team, notching 10 goals.