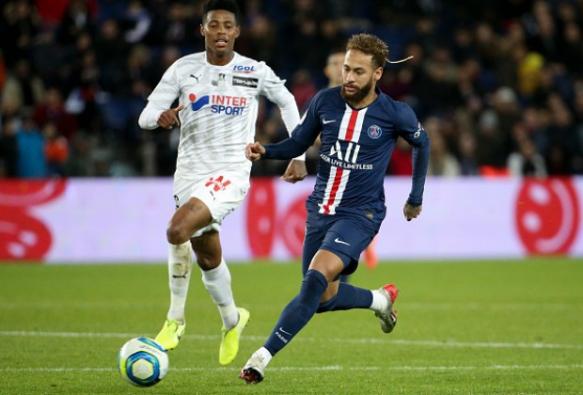 The 2019-20 season in France will be cancelled on Tuesday as the Prime Minister Edouard Philippe is set to announce football games â€“ even behind closed doors â€“ will not be allowed before August.

Last week, the French Professional Football League (LFP) announced plans for Ligue 1 and Ligue 2 to resume on June 17, with UEFA setting a deadline of August 2 for domestic leagues to be completed.

However, French outlet Le Parisien reported that it could be announced on Tuesday afternoon by Philippe that the return of games will not be authorised before August, even behind closed doors, as part of the next stage of their lockdown plans beyond May 11.

The report details that while the league and clubs want to resume training after May 11, the government does not see the resumption of professional sport as a priority.

And now newspaper L'Equipe are reporting that the season has been cancelled ahead of the planned announcement.

The LFP are planning to meet in May to decide on how the tables for this season should be defined and which teams will be promoted and relegated.

They will also decide who will be given European places at the same meeting and if PSG will be crowned champions.

PSG, Marseille and Rennes occupy the Champions League spots in Ligue 1, while Lille would be set for a place in the Europa League.

It was reported last week that the LFP are categorically against voiding the season and therefore those placings are likely to be used to decide European qualification.

Nimes, Amiens and Toulouse are in the relegation zone â€“ with basement boys Toulouse a huge 17 points off safety.

In Ligue 2, Lorient and Lens are in the automatic promotion spot but there is a gap of just four points between the team top of the league and Clermont in fifth.

Football's resumption has been viewed as secondary to matters involving tourism and catering in France.

The news comes as it emerges that PSG players have rejected a pay cut, with wage negotiations stalling between the board and the dressing room.

The president of the French scientific council on coronavirus, Jean-Paul Delgraissy, was completely against the resumption of football in the near-future.

'The answer for the moment is no, since all the places where there can be a significant public will not be open from May 11,' he said.

'We give ourselves a few weeks. We are watching what is happening.'

UEFA president Aleksander Ceferin and general secretary Theodore Theodoridis have spoken to leagues in Europe, including Ligue 1 and the Premier League, and asked them for a detailed plan on how they will finish the campaign.

A statement from European football's governing body said: 'National Associations and/or Leagues should be in a position to communicate to UEFA by May 25, 2020, the planned restart of their domestic competitions â€” including the date of restart and the competition format.

Elsewhere in Europe, the Bundesliga in Germany has announced plans to return to action on May 9 behind closed doors while conversely, the Eredivisie has been cancelled with major events in Holland banned until September due to the coronavirus outbreak.

But the Belgian leagues have delayed a further vote on cancelling their season despite being the first country to announce they would end the campaign.