GFA bans another referee for rest of the season 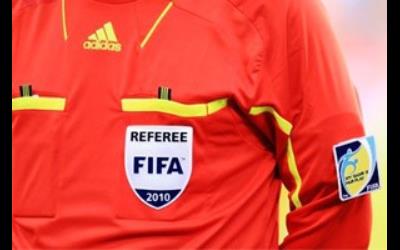 Referee Sulemana Latif has been suspended from football-related activities for the rest of the season for failing to award a clear penalty as well as other incorrect decisions in the Division One League match between Skyy FC and Pacific Heroes FC.

The Committee also handed Referee Selorm Kpormegbe a six-match suspension for his inability to whistle when an attacker was recklessly fouled in the Ghana Premier League match between Karela FC and Bechem United FC.

The Committee however exonerated Referee George Mawuli Vormawah for his performance in the Ghana Premier League match between Berekum Chelsea and WAFA.

READ ALSO:Â 2.Â GFAÂ bansÂ twoÂ referees for the rest of the season

In other decisions, the Review panel also highly commended Referee Rejoice Addokwei for her bold decision in the Womenâ€™s Premier League match between Supreme Ladies and Pearl Pia Ladies.

Referee Addokwei correctly ignored the assistant refereeâ€™s flag and ruled that a goal scored by Pearl Pia FC was perfect goal and not offside. The Committee however cautioned Assistant Referee 2, Gifty Doku to be conversant with the Laws of the Game.

Lastly the Match review panel exonerated the match officials from taking any wrongful decisions in the WPL game between Hasaacas and Soccer Intellectuals.